This event pays tribute to Kelly-Anne Drummond, a former Stinger who died tragically on Oct. 4, 2004. Her boyfriend was found guilty of killing her.

She left behind many relatives, friends and teammates from her playing days at Concordia and with the Montreal Barbarians Rugby Club. Drummond was a member of the Stingers women's rugby team from 1999 through 2001.

A front row player, she was respected by her teammates for her commitment to the game and her work ethic. She also charmed her many friends with her inquisitiveness and fun-loving approach to life. She graduated from Concordia University with a major in Communications in 2002. 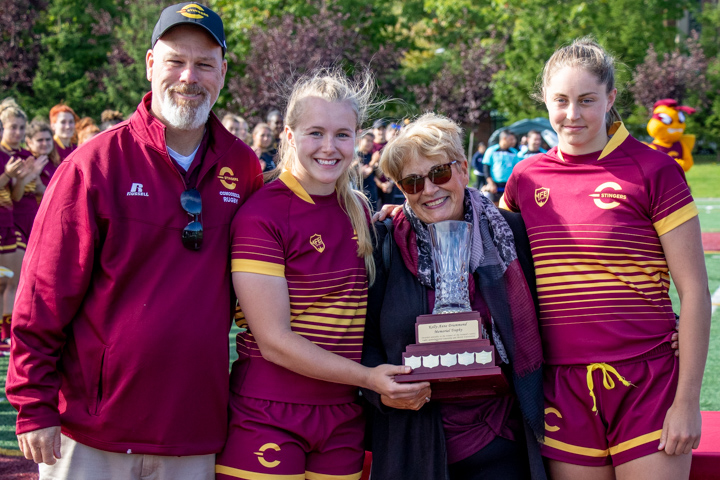