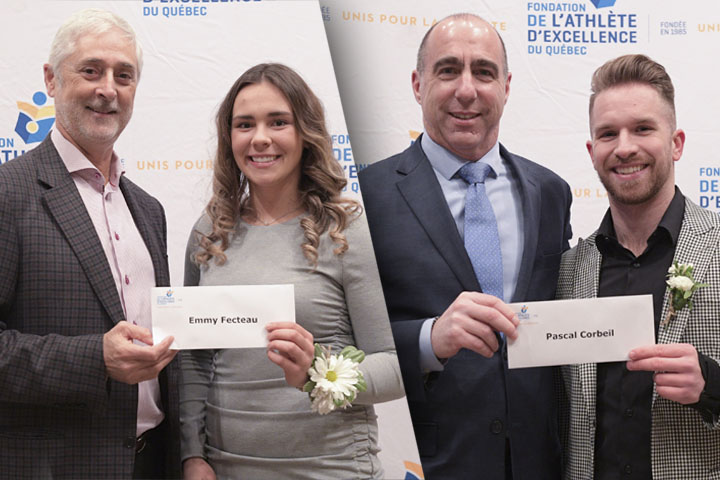 Concordia Stinger wrestler Francis Carter won two of the most prestigious awards when the Quebec Foundation for Athletic Excellence (FAEQ) honoured the top college and university student-athletes in Quebec at a gala awards last month.

Carter was recognized for his academic excellence and honoured with the the Molson Coors Canada Male Student-Athlete of the Year Award. A Montrealer, he maintained a perfect grade-point average of 4.3 and earned 24 credits towards his BA in Psychology (Behavioural Neuroscience).

He was also named the RDS Male Athlete of the Year in the individual sport category. The fourth-year competitor won his second consecutive gold medal at the U Sports national championship last February. He competed at 68 kilos.

Star basketball player Myriam Leclerc was honoured for her outstanding accomplishments. Last season she was named the U SPORTS Rookie of the Year and a second team all-Canadian. She also maintained a 3.71 GPA in Accounting.

Running back Glody Musangu of the football team received an athletic award from the Montreal Alouettes bursary program.

The FAEQ is an organization that brings together stakeholders from a variety of backgrounds including business, education and sport. Its mission is to support student-athletes financially in their pursuit of academic and sports excellence, and to help develop role models in Quebec society.