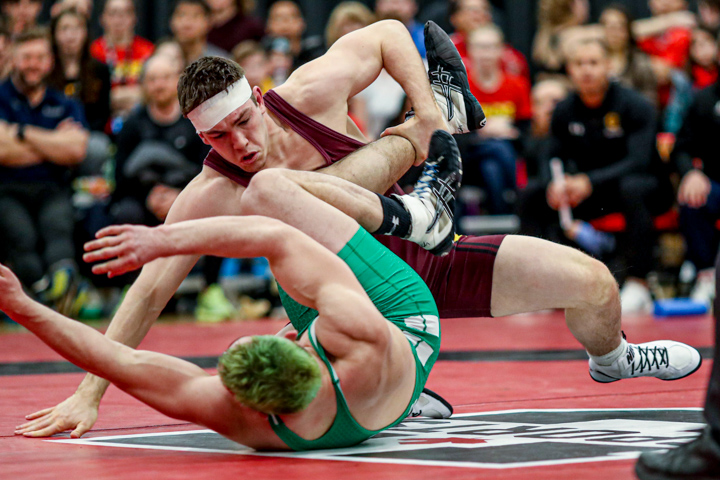 Concordia University wrestler Alex Moore is one step closer to qualifying for the 2021 Summer Olympics in Tokyo.

Last Saturday in Toronto, the 23-year-old Montrealer defeated Clayton Pye of the Brock Wrestling Club in two straight matches in the 86 kg weight class in a wrestle-off hosted by Wrestling Canada. The victory gives Moore a spot at the World Olympic Qualification Tournament in Bulgaria in May.

Moore won the first match 6-4. In the second match, he scored 10 points quickly to win by technical superiority.

The two also met at the 2019 U Sports championships with Moore winning 11-4. That year Moore was awarded a gold medal and named the outstanding wrestler at the nationals.

Video of the Moore-Pye matches on Saturday is available HERE .

In Bulgaria May 6-9, both men and women will compete in the Olympic qualifying competition. The top two spots in each weight class will be awarded berths at the postponed Olympics.

Linda Morais, a former Stinger who is a three-time U Sports gold medallist, will also compete for an Olympic berth in Bulgaria. She will be looking to qualify at 57 kg.

Jordan Steen, another former Concordia wrestler, has already secured a berth at the Tokyo Olympics. He earned his spot by finishing second at a Pan-Am qualifying event last March.

He is a four-time gold medallist at U Sports national championships. He will wrestle at 97 kg at the Olympics.