Bianca Farella (left) and Jordan Steen will compete for gold in the Tokyo Games. 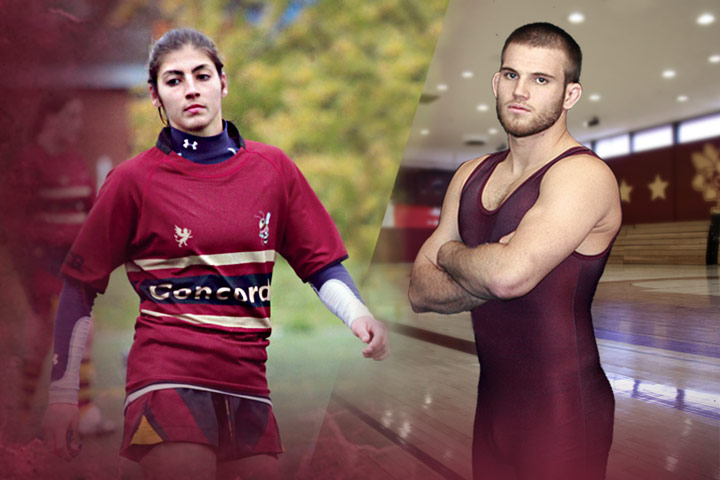 The delayed 2020 Tokyo Olympics are now under way and you don’t want to miss the upcoming events featuring former Concordia Stingers Bianca Farella and Jordan Steen.

Farella, 29, is a member of Canada’s rugby sevens team that will compete July 29-31. Twelve countries qualified for the event. They are divided into three pools of four teams. Canada is in Pool B with France, Fiji and Brazil.

The top eight teams from the pools advance to the quarterfinals. The medal matches will take place July 31.

After her first university season, she moved to British Columbia to train with the national program and pursue her Olympic dreams. She was part of Canada’s bronze medal team at the 2016 Games in Rio.

This is the first Olympic appearance for the 30-year-old from Tecumseh, Ont. He competed at the 2019 Pan American Games where he finished fifth. He won bronze in the 97 kg event at the 2018 Commonwealth Games in Gold Coast, Australia.

His father Dave is a two-time Olympian who won decathlon bronze in Seoul in 1988. His mother Andrea is also an Olympian who competed in the 400m hurdles at the Los Angeles Games in 1984.

He is one of only four Canadian wrestlers to qualify for the Tokyo Games. Steen will be accompanied by his coach David Zilberman, who also competed for the Stingers and was an Olympian in 2008.

While at Concordia, Steen won four gold medals at U Sports championships, most recently in 2019.