Guseyn Ruslanzada won all of his preliminary matches on Day 1. 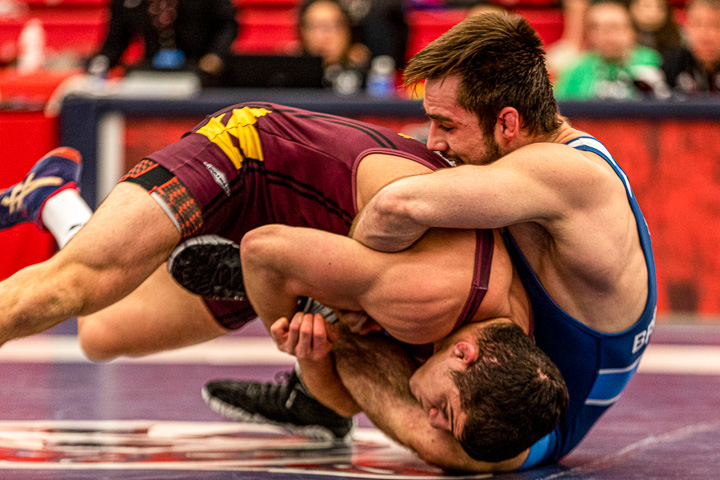 Nine wrestlers in medal contention at U Sports nationals

Three Concordia Stingers will battle for gold medals when Day 2 of the competition gets under way at the U Sports Wrestling Championships at Brock University in St. Catharines, Ont. on Saturday.

On the women’s side, only rookie Jayd Davis will be in gold medal contention. She will take on Guelph University’s Hannah Little in the 55 kg final.

Two male wrestlers are in the hunt for first place. Aly Barghout (120 kg) will meet Richard Deschatelets from the host Brock Badgers, while Guseyn Ruslanzada (76 kg) will wrestle Ben Zahra from McMaster University.

Six Stingers will be in bronze medal matches:

The action gets underway Saturday beginning with the fifth- and seventh-place matches at 10 a.m. The bronze-medal matches begin at noon, while gold-medal matches start at 2 p.m.