National recognition for a couple of wrestling gold medallists. 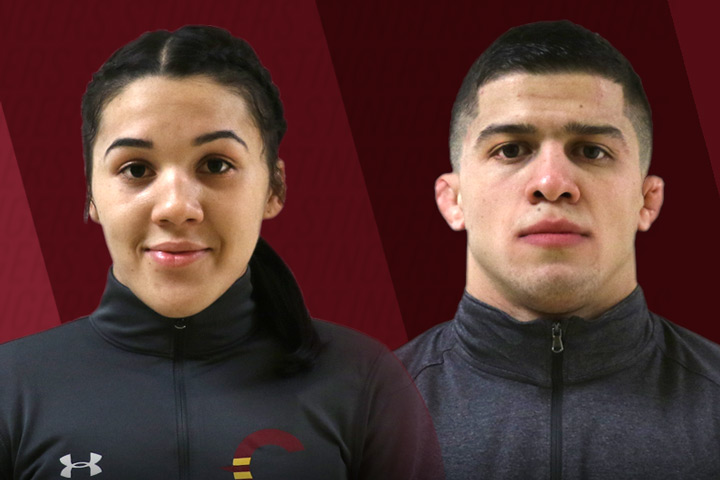 Davis, Ruslanzada - Athletes of the Week

Jayd Davis and Guseyn Ruslanzada of the wrestling team have been named the Subway-Concordia Stingers athletes of the week for the period ending Feb. 23.

Davis, a first-year competitor, won a gold medal at the U Sports national championships last Saturday in St. Catharines, Ont. She was also named the top female rookie at the tournament. At 55 kilos, she won three preliminary matches and defeated Hannah Little of Guelph University in the gold medal bout.

A 21-year-old native of Pickering, Ont., Davis is an Independent Studies student at Concordia.

Ruslanzada, a second-year athlete with the Stingers, was exceptional at the U Sports championship hosted by Brock University. He won a gold medal and was named the outstanding male wrestler at the competition. He won three matches in the opening round to qualify for the final. In the 76-kilo gold medal competition he defeated Ben Zahra from McMaster University.

The 23-year-old student from Pierrefonds, Que. is an Independent Studies student at the university.