Despite added challenges, the Stingers delivered on their academics. 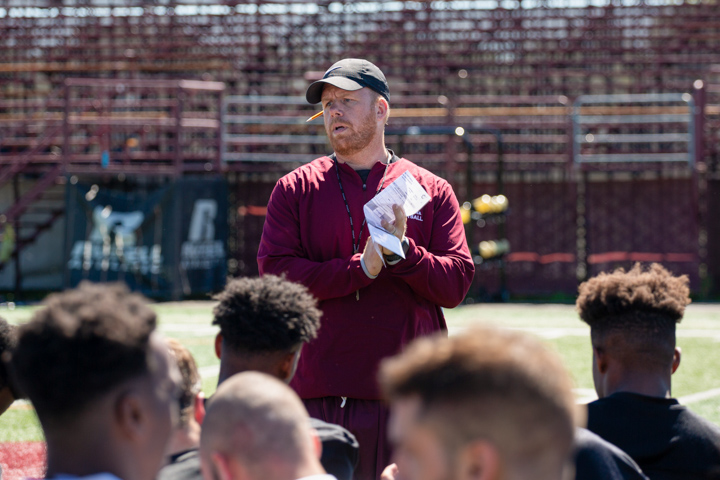 When head coach Brad Collinson took over the leadership of the Concordia Stingers football team in 2018, he made it clear that his vision was to build an elite program where student-athletes achieve a standard of excellence on the field and in the classroom.

He outlined a mission, shared his values and went to work with his staff. Last month he received a report summarizing the academic achievements of the 82 players who were part of the program last fall, and clearly his approach has been impactful. The team grade-point average is 2.98 out of 4.3.

“I’m proud of the focus and effort everyone put into academics,” Collinson said. “Last semester there was a lot of uncertainty around the season and all the classes were online. My hat is off to my players.”

Collinson and his staff have recruited well at francophone Cégeps, and several players are studying in English for the first time. They have transitioned well, especially Olivier St-Onge, a second-year quarterback who played previously at Cégep de Rimouski. He had a perfect 4.3 GPA in Mechanical Engineering last fall.

“Academics and graduating our players is a priority for us,” said the coach. “We look to work with individuals who strive for excellence and find ways to succeed. You can’t take anything for granted. You have to put the work in.”