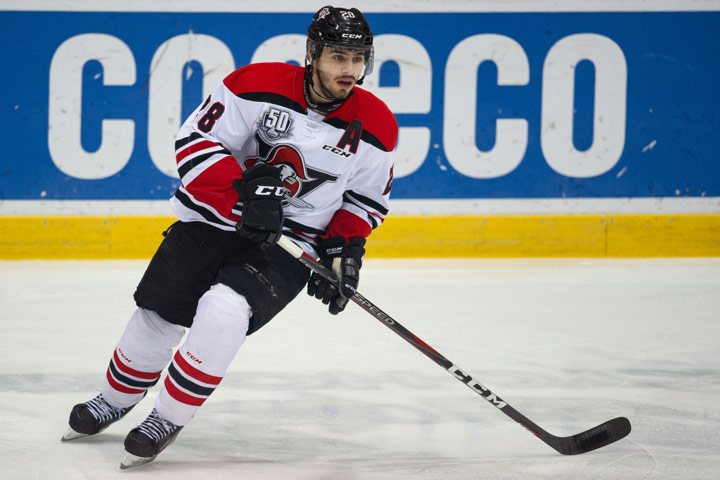 Concordia head coach Marc-André Elément is pleased to announce Félix Lauzon, the top defensive forward in the QMJHL last season, has signed a U SPORTS Letter of Intent committing to the Stingers' men's hockey program.

Lauzon, a native of Roxton Pond, Que., wrapped up his major junior career with the Drummondville Voltigeurs where he was an assistant captain in 2018-19. He played 68 games scoring 28 goals and adding 52 assists for 80 points. The five-foot-10, 185-pound centre also recorded an impressive +54 plus-minus rating.

His strong all-round play earned him the Guy Carbonneau Trophy. The winner is determined by the number of faceoffs won, plus-minus differential, the player's role within the team and the number of scoring opportunities.

“He plays well in all situations,” said Elément. “He’s a complete player. He’s respected for his work ethic, his leadership and his character. We are very excited to have him join the Stingers. We needed a player like him, with his intensity.”

Lauzon played five seasons in the QMJHL, mostly with the Victoriaville Tigers before being traded to Drummondville in June of 2018. His career totals are 85 goals and 130 assists for 215 points in 283 regular season games.