Greg Sutton with Impact owner Joey Saputo at the announcement. 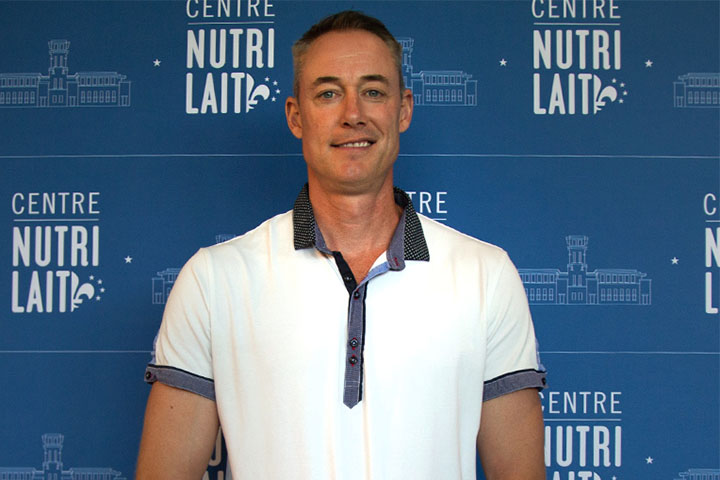 Greg Sutton, the head coach of the Concordia Stingers men's and women's soccer programs, will be added to the Montreal Impact's Wall of Fame at a ceremony during halftime of the MLS game versus Minnesota United on Saturday evening at Saputo Stadium.

Sutton becomes just the third player to receive the prestigious honour. The wall is a permanent space at Saputo Stadium that is dedicated to celebrating its biggest stars of the past. He joins Nevio Pizzolitto and Gabriel Gervais who were honoured last year.

A former goalkeeper, Sutton enjoyed a long and successful professional career that saw him play for the Impact between 2001 and 2006.He was the team’s all-time leader in the regular season with 67 career shutouts, 72 wins and 132 games played. Sutton was the league’s Goalkeeper of the Year for four straight seasons (2003 to 2006) and won the Giuseppe Saputo Trophy as the Impact’s Team MVP in 2003. He was also named league MVP in 2004.

Sutton rejoined the Impact for the second half of the 2011 season. He then signed with the club for its inaugural season in MLS in 2012, playing one game before retiring at the end of the year.

To be considered for the wall honour, a player must have competed in a minimum of 100 games with the Impact and have been away from the club for at least five years. He must also have played his first game with the club at least 15 years ago.

Sutton joined the Stingers as an assistant coach with the men’s program in 2011. He took over as head coach in 2013. Last summer Concordia moved to a new coaching model that sees him run both the men’s and women’s programs.

He will also run an elite soccer academy for athletes ages 13 to 18 next month. The dates are Aug. 5-9. For details – concordiasoccer@concordia.ca.