A couple of soccer players earn the first athlete of the week honours this season. 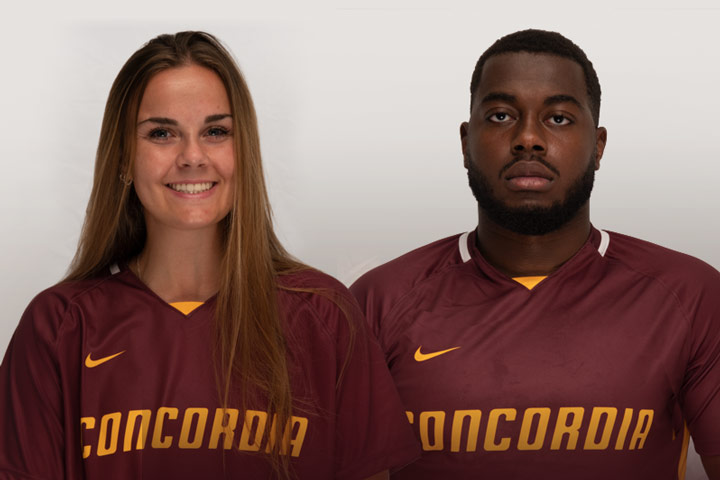 Curran, a second-year defender, has played a key role in Concordia’s strong performance at the start of the RSEQ season. The Stingers have played three games and only surrendered one goal. Over the last week, Curran contributed to a 1-1 tie versus the Vert & Or in Sherbrooke and a 0-0 draw with the UQAM Citadins.

A 20-year-old resident of Ottawa, Curran is studying in the Exercise Science program at Concordia.

Kerlegrand, a second-year goalkeeper, was instrumental in helping the Stingers pick up a win and a tie in the first week of conference play. He helped deliver a 4-2 victory over the Vert & Or in Sherbrooke last Thursday and he turned away seven shots to earn a shutout in a 0-0 tie with the UQAM Citadins on Sunday.