These two Stingers put up some big numbers last week. 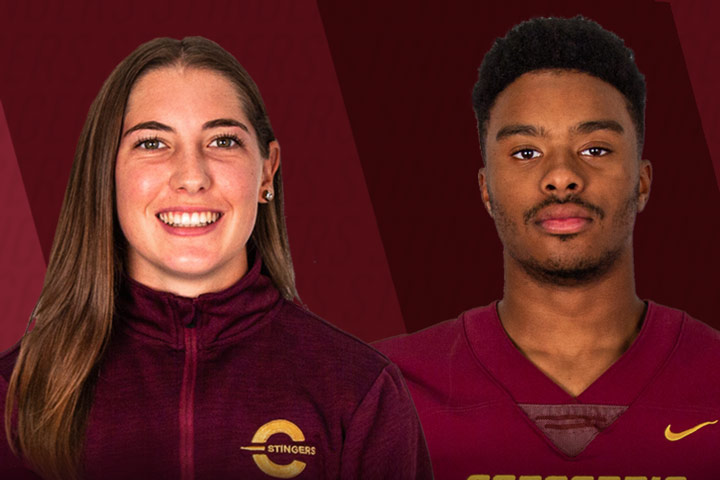 Faille, Foster - Athletes of the Week

Olyvia Faille of the women's rugby team and Kevin Foster of the football team have been named the Subway-Concordia Stingers athletes of the week for the period ending Sept. 1.

Faille, a third-year back, stood out in Concordia’s home-opener on Sunday afternoon. She scored three tries and was named the Stingers’ player of the game in a 43-12 victory over the Montréal Carabins.

A 21-year-old native of Franklin, Que., Faille is a Leisure Sciences student at Concordia.

A rookie running back and return specialist, Foster was exceptional in his team’s difficult 40-14 loss to McGill University last Friday afternoon. He had 222 total yards on returns in the game. He returned six punts for 130 yards, including one he took back 74 yards for the Stingers’ only touchdown of the game. He returned five kickoffs for 92 yards.

He was also named the RSEQ Special Teams Player of the Week.

The 21-year-old student from Montreal is studying Human Relations at Concordia.