How will the Stingers stack up against the Montreal Canadiens? 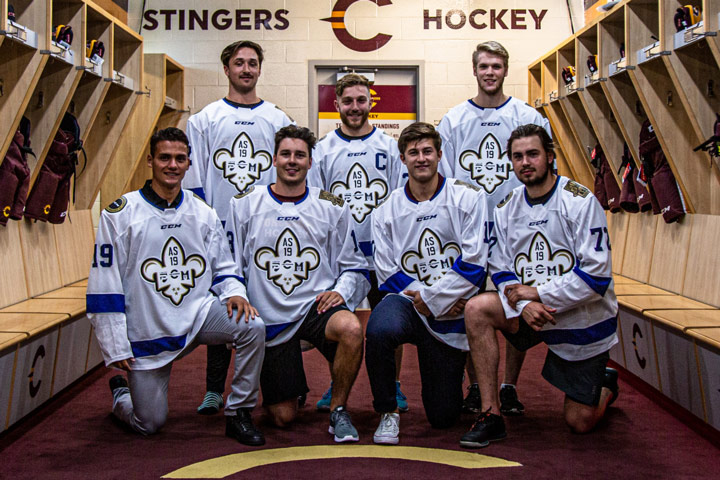 Local hockey fans will have the opportunity to see some of the Montreal Canadiens' prospects face off against an all-star team composed of top players from the Concordia Stingers, UQTR Patriotes and McGill University on Tuesday afternoon at the Bell Sports Complex in Brossard, Que.

The puck drops at 1 p.m. and the stands will be open to the public for the event.

The Quebec all-stars will be led by Concordia head coach Marc-André Elément who organized the event with the Canadiens’ management. He’ll be assisted on the bench by UQTR head coach Marc-Etienne Hubert and McGill associate coach Liam Heelis.

Each of the three university teams will have seven players in the lineup – four forwards, two defencemen and a goaltender.

Stinger star and fan favorite Philppe Sanche will be the captain. He will be joined up front by veteran Jean-Philippe Beaulieu and rookies Alex Katerinakis and Jeff de Wit.

On defence all-star Carl Neill and Bradley Lalonde, who was named to the conference all-rookie team last season, will pair up. Rounding out the Stingers’ contingent is veteran goaltender Marc-Antoine Turcotte.

CCM Hockey has stepped up to help the university team, supplying specially designed sweater to mark the event.