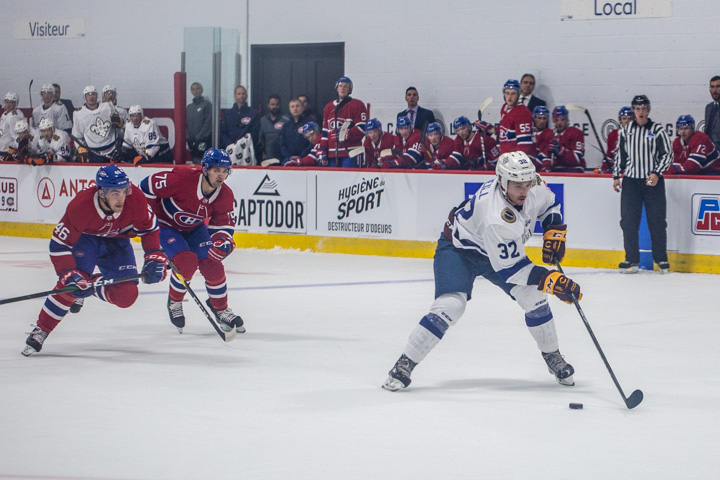 It was a game several members of the Concordia Stingers men's hockey team will remember for a long time.

Seven Stingers were in the lineup when the Quebec University All-Stars faced the Montreal Canadiens’ development team on the last day of the NHL team’s rookie camp at the Bell Sports Complex in Brossard, Que. Tuesday afternoon.

The professional prospects prevailed 7-3, but they were locked in an intense battle for 40 minutes. The teams were tied 1-1 after one period and 3-3 after two.

In the second frame, the teams exchanged goals early with the markers coming from Alexandre Alain of the Habs and Jordan Martel, a forward with the UQTR Patriotes.

Stinger captain Philippe Sanche gave the all-stars their only lead of the game at 15:54. He was assisted by Concordia teammates Jeff de Wit and Lalonde. Dylan Plouffe notched a late period goal for the Canadiens, and it was all tied up heading into the intermission.

The Canadiens rookies dominated in the final 20 minutes, scoring four unanswered goals and out shooting the university squad 18-3. Joe Cox with two, Cameron Hillis and Plouffe were the goal scorers.

Next up, the Stingers host UQTR in a preseason game on Saturday, Sept. 21 at 5 p.m. at the Ed Meagher Arena. They open the regular season at home Friday, Oct. 4 at 7:30 p.m. when the Carleton Ravens will be the visitors.