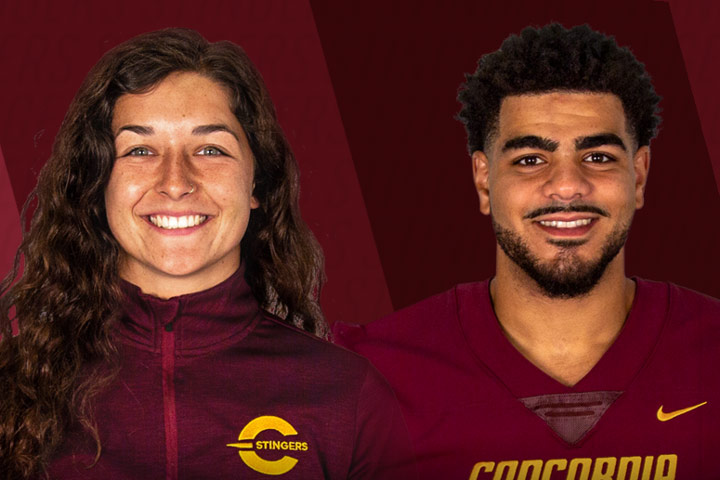 Gallagher, Nasri - Athletes of the Week

Emma Gallagher of the women's rugby team and Wael Nasri of the football team have been named the Subway-Concordia Stingers athletes of the week for the period ending Sept. 8.

Gallagher, a second-year back, stood out in Concordia’s 45-21 victory over the Bishop’s Gaiters Sunday afternoon. She scored a try and earned praise from her head coach Jocelyn Barrieau for her efforts in the game. The Stingers now have a perfect 2-0 win-loss record to start the season.

A 23-year-old native of Montreal, Gallagher is a Business Administration student at Concordia.

A rookie defensive end, Nasri was exceptional in his team’s tough 41-6 loss to the No. 1-ranked Laval Rouge et Or in the 33rd annual Shrine Bowl last Saturday. He was presented the Grant Peterson Trophy as the outstanding defensive player in the game. He led all tacklers with five solos and five assists.

The 21-year-old student from Saint-Etienne, France is in Independent Studies at Concordia.