These two Stingers came through with some big points last week. 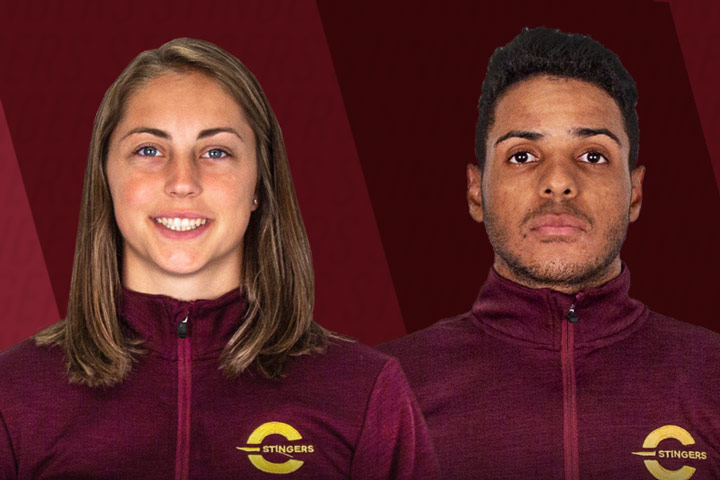 Shawna Brayton of the women's rugby team and Yacine Ait Slimane of the men's soccer team have been named the Subway-Concordia Stingers athletes of the week for the period ending Sept. 15.

Brayton, a third-year forward, stood out in Concordia’s 36-29 victory over the Montréal Carabins last Friday night. She connected on four converts and a penalty kick for 11 points and was named the game MVP. The Stingers now have a perfect 3-0 win-loss record to start the season.

A 22-year-old native of Châteauguay, Que., Brayton is an Accounting student at Concordia.

A third-year midfielder, Ait Slimane was exceptional in his team’s two games last week, helping the Stingers pick up a win and a tie. He scored a goal in a 3-0 victory over the Sherbrooke Vert & Or on the road last Friday. He picked up his second goal of the weekend in a 2-2 tie with McGill University on Sunday at Concordia Stadium.

The 24-year-old student from St. Constant, Que. is studying Accounting at the John Molson School of Business.