A couple of fierce competitors earn the honours this week. 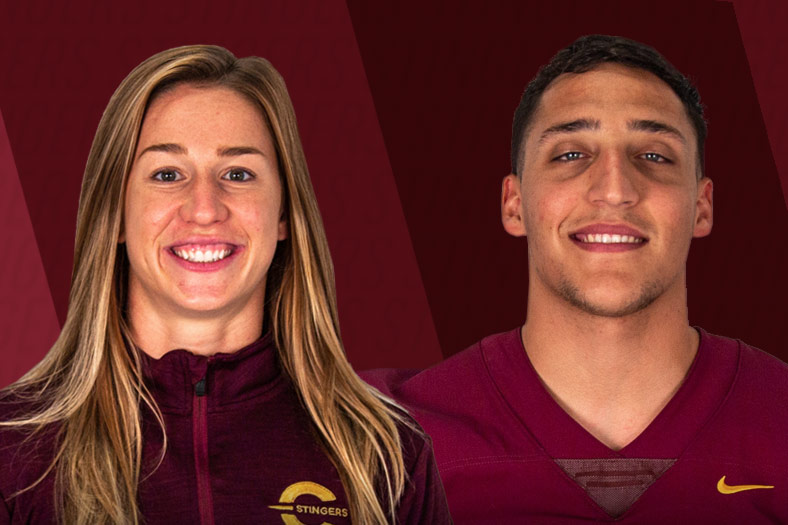 Royer, Vance - Athletes of the Week

Laetitia Royer of the women's rugby team and Adam Vance of the football team have been named the Subway-Concordia Stingers athletes of the week for the period ending Sept. 22.

Royer, a third-year forward, stood out in Concordia’s 69-17 victory over the Bishop’s Gaiters on Saturday afternoon in Lennoxville, Que. She scored two tries and was a leader on the field for the team. The Stingers now have a perfect 4-0 win-loss record and have clinched first place in their division and a playoff spot.

A 28-year-old native of Loretteville, Que., Royer is a Human Relations student at Concordia.

It was a breakout game for Vance who delivered a 37-35 victory over the Sherbrooke Vert & Or in the Homecoming football game at Concordia Stadium on Saturday afternoon. He completed 24 of 33 passes for 426 yards and three touchdowns (no interceptions). It is the most yards passing by a quarterback in the RSEQ so far this season. Overall, Vance orchestrated an offence that rolled up 25 first downs and 443 yards.

He was also named the RSEQ's outstanding player on offence for the week.

The 22-year-old student from Visalia, Calif. is studying Sociology at Concordia.