The Stingers are the defending Kelly-Anne Drummond Cup champions. 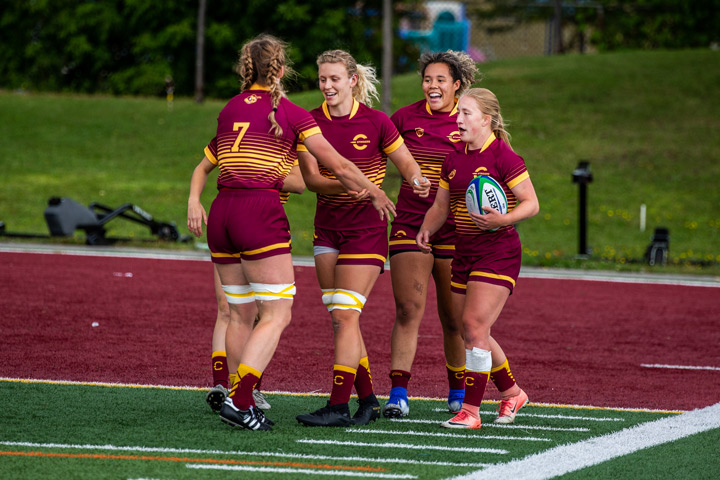 Crosstown rivals to face off at women's rugby Cup game

We promised the Concordia Stingers Signature Series events would be some of the best of the season, and the football team delivered with a thrilling last second victory in the Homecoming game last Saturday.

Next up is the 15th annual Kelly-Anne Drummond Cup, featuring the women’s rugby team, on Sunday at 1 p.m. at Concordia stadium. In the second game of the prestigious series, brought to you by McKibbin's Irish Pub, the Stingers will battle their crosstown rivals, the McGill Martlets.

This will be the first meeting of the season between the teams. Concordia won the 2018 Cup game, beating McGill 51-24.

The winner of the game will be awarded the Kelly-Anne Drummond Cup, symbolic of women's university rugby supremacy in Montreal and a tribute to Drummond, a former Stinger who died tragically on Oct. 4, 2004.

Drummond left behind many relatives, friends and teammates from her playing days at Concordia and with the Montreal Barbarians Rugby Club.

Everyone gathers to celebrate Kelly-Anne’s spirit and love of rugby. She was a member of the Concordia women's rugby team from 1999 through 2001. A front row player, she was respected by her teammates for her commitment to the game and her work ethic. She also charmed her many friends with her inquisitiveness and fun-loving approach to life. She graduated from Concordia University with a major in Communications in 2002.

After the game Doreen Haddad and John Drummond, Kelly-Anne’s parents, will present the trophy to the captains of the winning team.

There is a $5 charge to attend the game on Sunday. As well, Haddad and Concordia are asking spectators and participants to make a donation to help support Women Aware programs.

The Montreal organization is a non-profit, community-based centre founded by former victims of domestic violence. Its mission is to support, inspire and empower as well as prevent and strive to end domestic violence against women, men, youth and children.