Our athletes of the week were big offensive threats. 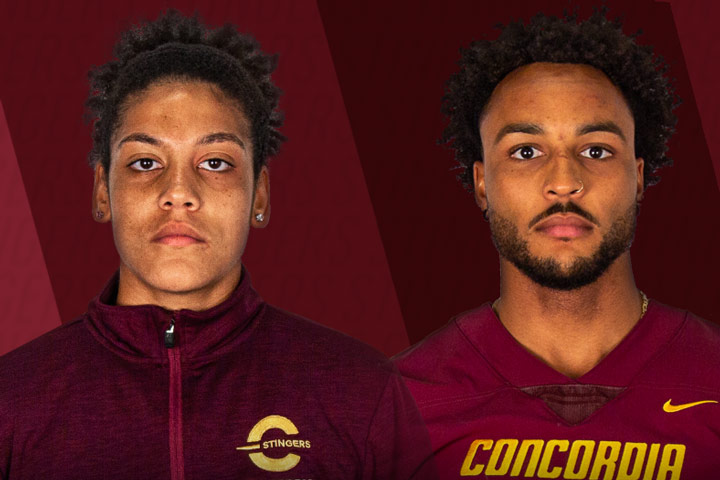 Martino, Tyrrell - Athletes of the Week

Mercedes Martino of the women's rugby team and James Tyrrell of the football team have been named the Subway-Concordia Stingers athletes of the week for the period ending Sept. 29.

Martino, a fifth-year forward, stood out in Concordia’s 74-0 victory over the McGill Martlets on Sunday afternoon in the 15th annual Kelly-Anne Drummond Cup. She scored two tries and was a leader on the field for the Stingers. Martino has scored four tries in three games this season. The team now has a perfect 5-0 win-loss record.

A 26-year-old native of Montreal, Martino is a Human Relations student at Concordia.

Tyrrell, a fifth-year wide receiver, has been dominant all season long, and last Friday’s game versus the Montréal Carabins, who have the top defence in the nation, was no exception. He caught 13 passes for 174 yards in a tough 20-17 loss. He is currently the leading receiver in the RSEQ and U SPORTS with 42 receptions for 602 yards.