Concordia has been an offensive powerhouse this season. 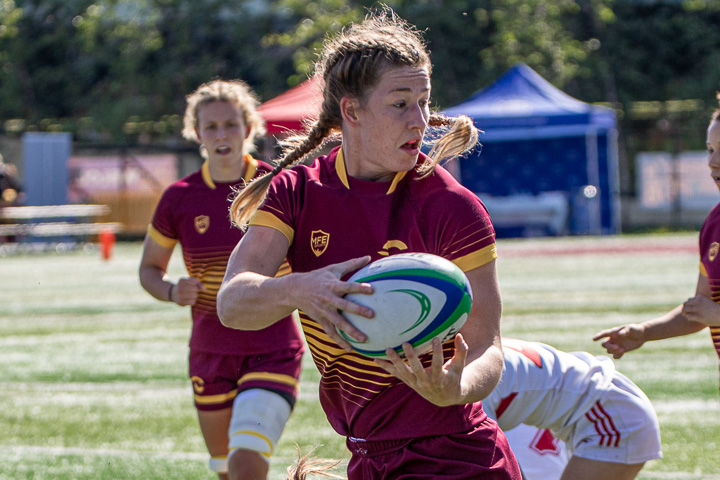 The undefeated Concordia Stingers women's rugby team travels to Ottawa to meet the Carleton Ravens in RSEQ quarter-final action on Friday at 6 p.m.

The Stingers posted a perfect 6-0 win-loss record in their four-team regular season pool, while the Ravens were winless in six games in their pool. But an unconventional playoff setup sees the top seed in the B pool meet the bottom seed in the A pool in the first round of playoffs.

Concordia returns to the conference playoffs after a one-year absence. Last season was the only time since women’s rugby became a U SPORTS program in 1998 that the Stingers missed the post season.

The Stingers have been an offensive power this season, rolling up 323 points in six games. That’s the biggest point total out of all eight RSEQ teams. Rookie Mahalia Robinson, Emily Magee, Olyvia Faille and Mercedes Martino have scored five tries each. Shawna Brayton leads Concordia in scoring with three tries, 22 converts and a penalty.

The Ravens struggled in their pool, scoring only 47 points and giving up 243.

After the first round of playoff games, the RSEQ will rank the remaining teams. The winner of this quarter-final will meet the Ottawa Gee-Gees or the Laval Rouge et Or.