A couple of high-scoring soccer players earn the honours this week. 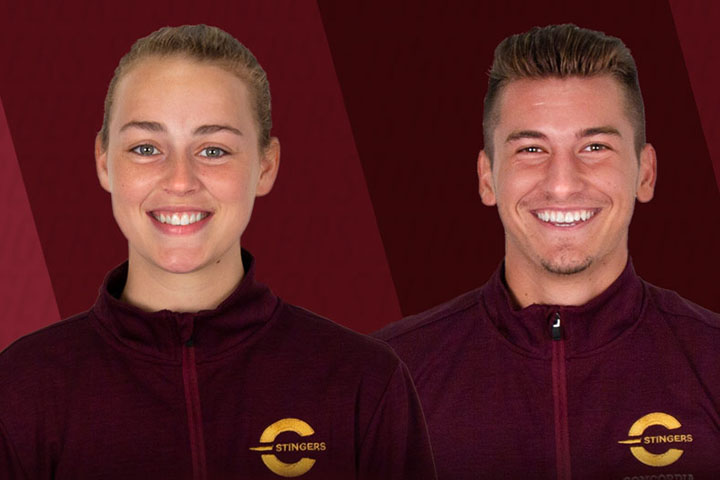 Humes, Spénard-Lapierre - Athletes of the Week

Humes, a fourth-year forward, stood out in Concordia’s two games last week. She scored a goal in a 2-2 tie with the McGill Martlets last Friday. Two days later she scored the lone Stingers’ marker in a 1-1 tie with the first-place, undefeated UQAM Citadins. Humes was also named the game MVP.

A 21-year-old native of Pointe Claire, Que., Humes is a Finance student at Concordia.

Spénard-Lapierre, a rookie forward, has been a serious offensive threat all season. He scored the winning goal in a 2-1 victory over the UQAM Citadins on Sunday. He was named the game MVP. He also played well in a tough 4-0 loss to McGill University last Friday.

The 20-year-old student from Laval, Que. is studying in the Finance program at Concordia.