These soccer stars came up with big goals last week versus Sherbrooke. 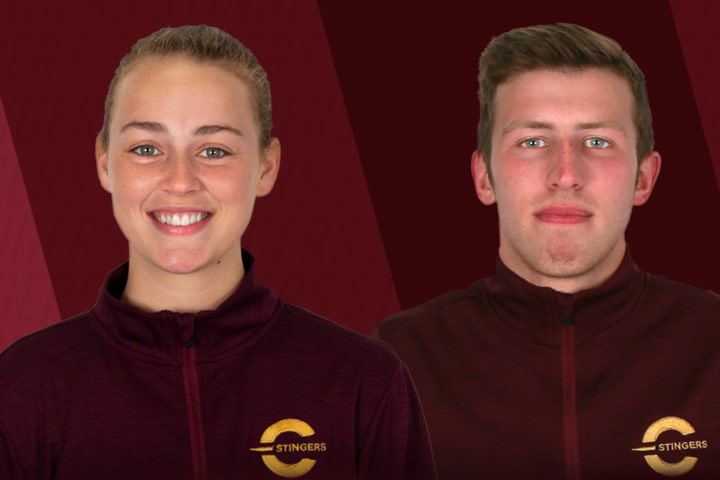 Humes, Legault - Athletes of the Week

Humes, a fourth-year forward, stood out in Concordia’s impressive 4-1 victory over the Sherbrooke Vert & Or last Friday. She scored two goals and named the game MVP. Humes is the leading scorer on the Stingers with five goals and an assist in 12 games this season.

A 21-year-old native of Pointe Claire, Que., Humes is a Finance student at Concordia.

Legault, a rookie defender, was outstanding in Concordia’s 6-0 victory over the Sherbrooke Vert & Or last Friday. He scored two goals was named the game MVP. These were his first goals as a member of the Stingers soccer program.

The 20-year-old student from Laval, Que. is studying in the Actuarial Math program at Concordia.