Shawna Brayton was the only Stinger named to the first team. 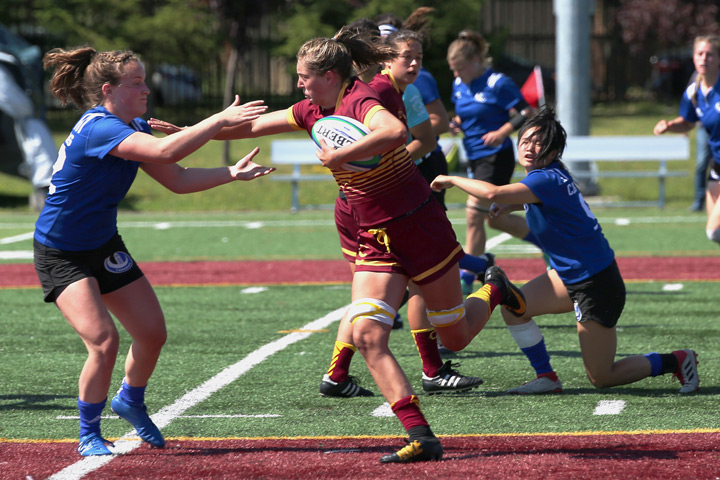 Concordia Stinger third-year forward Shawna Brayton of Châteauguay, Que. was named a first team all-star and six teammates were named to the second team when the RSEQ announced its 2019 award winners on Oct. 17.

In six games, Brayton scored three tries and connected on 22 converts and one penalty for 62 points. She led the Stingers in scoring and was second in conference behind Laval’s Anne-Charlotte Beaulieu who had 71 points.

This is Brayton’s second league award. She was a second team all-star in 2018.

Jasmine Baxter, a second year wing, earns her second conference award. She was a second team all-star last season. This year she rolled up 41 points - four tries, nine converts and a penalty.

The final Stinger named to the honour roll is rookie fullback Mahalia Robinson, who scored five tries in six games.

The Stingers travel to Quebec City to take on the Laval Rouge et Or in the conference semifinal on Saturday at 1 p.m. The teams did not meet in regular season play, leading to a showdown between two undefeated teams. Both posted perfect 6-0 win-loss records and then the Stingers defeated the Carleton Ravens 18-14 in a quarterfinal game last Friday. The Rouge et Or had a bye in the first round of the playoffs.