Can the Stingers skate away with another victory over McGill? 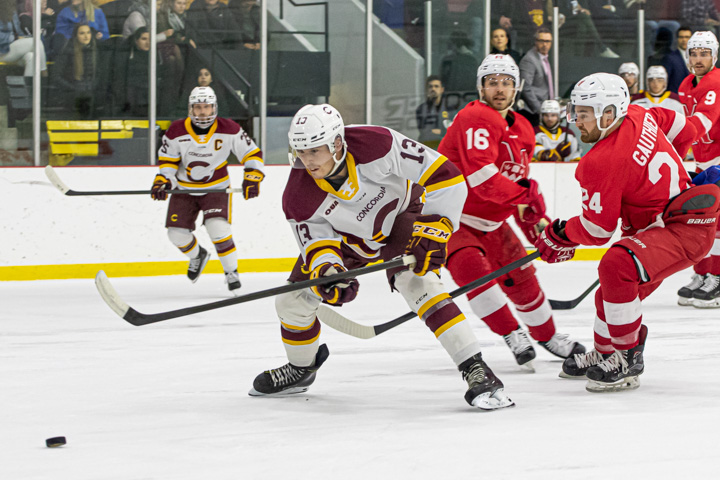 The Signature Series is back with one of the most exciting events in all of U SPORTS. The 33rd annual Corey Cup showdown takes place this Saturday when the Concordia Stingers and McGill University battle for men's university hockey supremacy in Montreal.

This is the premier game for passionate hockey fans who thrive on the hyped, crazy atmosphere. You don’t want to miss the Stingers and their crosstown rivals going toe-to-toe for 60 of the most intense minutes in sports.

The teams play three times over the course of the season. Concordia won the opening game of the series on Oct. 5. Rookie left wing Tyler Hylland scored the winner at 2:35 of overtime to give the Stingers a 3-2 victory. He spearheaded a wild comeback that saw Concordia score three unanswered goals in the last half of the game.

The second game is set for Saturday night. The final meeting takes place Jan.10 at McGill.

The Stingers are currently in fifth place in the 10-team OUA conference with seven points and a 3-2-1 record, while McGill holds down the eighth spot with a 2-3-1 record and five points.

The Stingers are the defending champions. They skated off with a 4-3 victory in the previous Corey Cup clash last February.