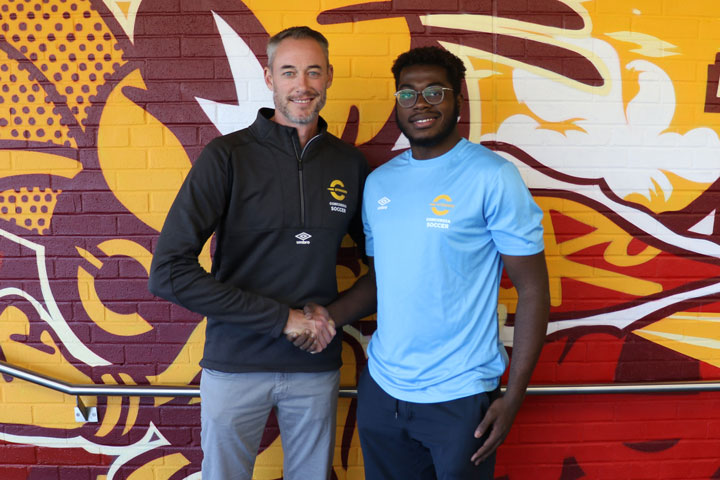 The six-foot-three student-athlete from St. Leonard, Que. has already enjoyed a successful college soccer career. He won a Division 2 provincial championship with Collège Bois-de-Boulogne in 2016. More recently he was a key member of the 2019 Ahuntsic team that finished undefeated in the RSEQ Division 1 conference.

During the summer he plays semi-pro with St. Hubert in the Première Ligue de soccer du Québec. In 2019, he played 13 games allowing 14 goals for a 1.10 goals-against average.

“Jordy has a great demeanor for a goalkeeper,” said Sutton. “His presence in the 18-yard box is very evident. He controls his area and has great shot-stopping ability. He talks a lot to the guys in front of him. He stays focused. Jordy has a great attitude which is the most important thing at his position.”

Kerlegrand will join the Stingers in January. He decided to pursue his soccer career at Concordia because he wanted to work with Sutton, a former professional goalkeeper who was recently added to the Montreal Impact's prestigious Wall of Fame.

“I chose Concordia for the coach,” Kerlegrand said. “He had a professional career in Montreal, Chicago, Toronto, New York. He knows my position well. Greg is the best one to help me achieve my goals, to be the best goalkeeper I can.”