Rookie Simon Spénard-Lapierre led the Stingers in scoring this season. 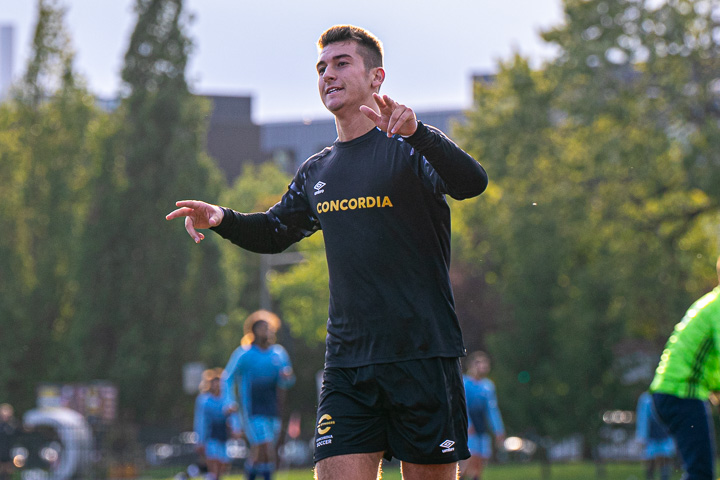 Concordia Stinger striker Simon Spénard-Lapierre was named to the U SPORTS all-rookie team announced Wednesday morning as the men's soccer national award winners were celebrated at the annual all-Canadian breakfast in Montreal.

The Laval, Que. resident led the Stingers in scoring with four goals in nine games. He also earned one game MVP award during the regular season. He played a key role in helping the Stingers reach the RSEQ playoffs for the first time since 2012.

In 2017 and 2018, Spénard-Lapierre played for the Lionel-Groulx Nordiques in the RSEQ Cégep league. Over two seasons, he played 13 games and scored seven goals. He received a RSEQ academic merit award in 2018. In the provincial club system, he has been a dominant force representing CS Fabrose.

Spénard-Lapierre played with Team Quebec at the 2017 Canada Games, winning a bronze medal. He was named to the tournament all-star team.

At Concordia University, Spénard-Lapierre is studying in the Finance program at the John Molson School of Business.