Star soccer player will make his Concordia debut in January. 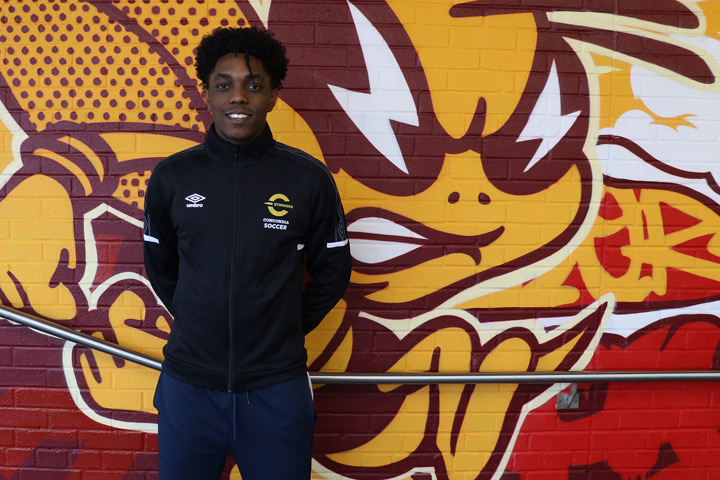 Head coach Greg Sutton is pleased to announce centre back Garven-Michee Metusala has committed to the Concordia Stingers men's soccer program and will join the team in January.

“Garven possesses experience beyond his years,” said Sutton. “He’s going to be an offensive defender and that’s a good asset to have. It’s going to be beneficial to have someone help spur the offence from that area of the field. He’s a great addition for us.”

The six-foot-one resident of Terrebonne, Que., has enjoyed an accomplished soccer career at several levels. He was a member of the Montreal Impact Academy from 2013 through 2016. Metusala was an assistant captain with Team Quebec in 2017 when the team won a bronze medal at the Canada Games in Winnipeg.

At Cégep, he played two seasons with Dawson College, including 2017 when the Blues won the RSEQ bronze medal. Metusala has also been successful at the semi-pro level with St. Hubert and more recently with SC Fabrose, winning the PLSQ Cup in 2019.

The 19-year-old athlete plans to study Economics at Concordia, where he will join his two older sisters who are already students at the university.

“I chose Concordia after talking to Greg Sutton,” Metusala said. “I like his vision for the team and I like that he has the contacts to help his players.

“Also, I want to study in English and I heard that Economics at Concordia is the best.”

Sutton feels his star recruit has a great future ahead of him.

“Garven is athletic, skilled and very composed,” said the coach. “He definitely has leadership abilities. I think he has the potential to move to the next level.”

The RSEQ indoor season begins in late January. Concordia’s first home game will be Feb. 2 when the Stingers host the Montréal Carabins.