Centre back Lauren Curran will join the Stingers in August. 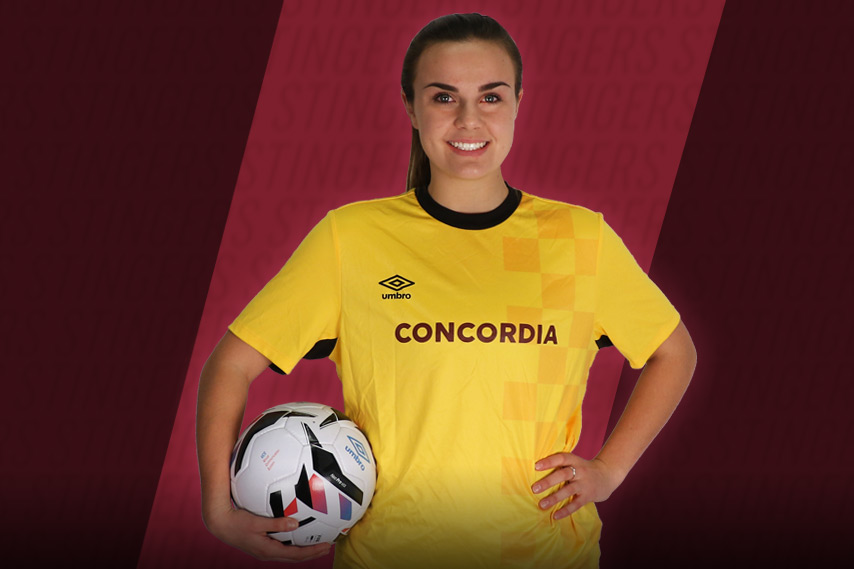 “We are extremely excited Lauren has selected the Stingers to pursue her university soccer career and Concordia for her academics,” Sutton said. “She is a dynamic young athlete that we had ranked very high on our list for the 2020 recruiting class.”

Curran has been with the academy since U4 and is currently playing on the Women’s Premier team. Last October, she was a captain on the Ottawa TFC U17 girls team that won Canada Soccer’s 2019 Toyota National Championship in Prince Edward Island. Ontario defeated Quebec (Lakeshore) 2-1 to win the gold medal.

“Lauren is a leader and she has a maturity beyond her years,” said Sutton. “She’s a centre back that has good composure. She’s able to read the game and always puts herself in a good position. Her vision goes beyond the 15- to 20-metre line. She’s a great help spurring the attack from the back.”

The Ottawa native also gives back to her club. She has been a volunteer coach for several years and is currently coaching U11/12 girls in the academy.

A top student, Curran plans to study Exercise Science and to pursue a career in athletic therapy.

“I chose Concordia because I like the campus and I like the academic program,” Curran said. “With the Stingers, it feels like a family and I feel the coaches care about me.”