Join the men's hockey team to help the cause this Monday night. 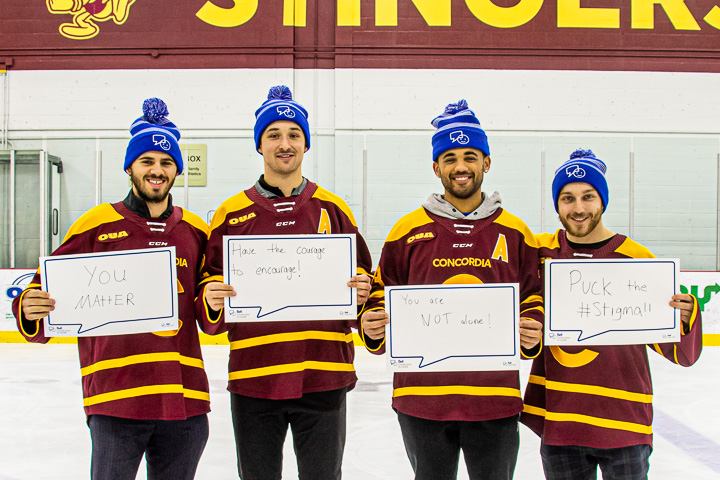 The tradition continues for the Concordia Stingers men's hockey team as it steps up to help promote student mental health with a Bell Let's Talk game this Monday at the Ed Meagher Arena on the Loyola Campus.

The team will battle the Queen’s Gaels, who you can count on to make the hockey game a high energy, entertaining event.

(The game was moved to Monday after the Gaels experienced bus challenges on their way to Montreal on Sunday.)

A ceremonial faceoff with Bell representatives will take place at 7:30 p.m. In addition, volunteers will be on hand to ramp up the atmosphere and hand out bubble posters and thunder sticks. Be sure to visit them to fill in your poster and help spread the message and get everyone excited about the 10th anniversary of Bell Let’s Talk Day on Jan. 29.

Students at 227 Canadian universities and colleges will join in the campaign by attending events and creating positive messages. More than 500 campus mental health events are being planned across the country.