You don't want to miss this classic showdown between fierce rivals. 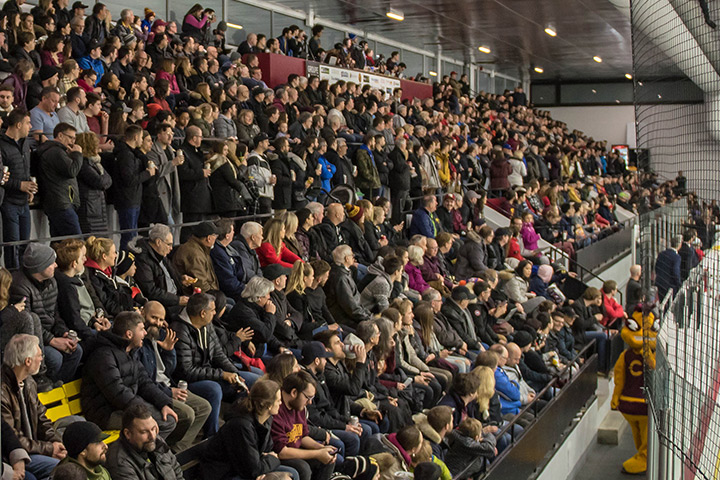 The Concordia Stingers men's hockey team will face off against McGill University in the opening round of the OUA playoffs, beginning Thursday night across town at the McConnell Arena.

The best-of-three series moves to Concordia and the Ed Meagher Arena on Saturday at 7:30 p.m. Game 3 if necessary will be back at McGill on Sunday night.

McGill finished in fourth place in the 10-team OUA East conference with a 16-10-2 win-loss-overtime loss record. The Stingers were fifth with a 13-10-5 performance.

There were three regular season meetings between the teams. Concordia won 3-2 in overtime at home on Oct. 5. Rookie left wing Tyler Hylland scored the winning goal at 2:35 over the extra period.

This will be the 15th post-season rendezvous between these bitter crosstown rivals and the first since 2018, when McGill lost the OUA East final opener 3-1 but roared back to win the series, 3-2 and 6-2.

The teams have met 14 times in post-season play and McGill has won 10 of the 14 series with an 18-12 record in 30 playoff games. The last time the Stingers won a playoff series versus McGill was in 2001.