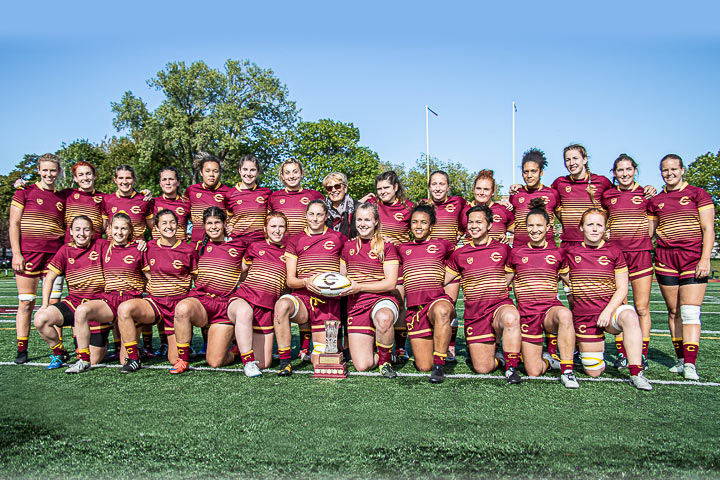 It's the annual Kelly-Anne Drummond Cup with a twist

During the COVID-19 pandemic many organizations have reported an increase in domestic violence, and that’s a message that resonates with the Concordia Stingers women’s rugby team and the local rugby community.

With the added stresses on Women Aware, the Montreal non-profit organization whose mission is to support, inspire and empower as well as prevent and strive to end domestic violence against women, men, youth and children, keeping the Kelly-Anne Drummond Cup going is even more important in 2020.

The Stingers and the Montréal Carabins have teamed up to find an innovative approach to compete for the 16th annual Cup, while raising awareness about domestic violence and raising money for Women Aware.

This Saturday, instead of playing a traditional rugby game, athletes from both teams will compete in a one-day run-walk challenge using Strava, an internet service and mobile app for tracking exercise. The competitors will earn credits for kilometres they run or walk, and the team with the most at the end of the day will be declared the winner.

The annual competition is symbolic of women's university rugby supremacy in Montreal and pays tribute to Kelly-Anne Drummond, a former Stinger who died tragically on Oct. 4, 2004. Her boyfriend was found guilty of killing her.

She left behind many relatives, friends and teammates from her playing days at Concordia and with the Montreal Barbarians Rugby Club. Drummond was a member of the Stingers women's rugby team from 1999 through 2001.

A front row player, she was respected by her teammates for her commitment to the game and her work ethic.She also charmed her many friends with her inquisitiveness and fun-loving approach to life. She graduated from Concordia University with a major in Communications in 2002.

The Stingers set up a GoFundMe page to raise money for Women Aware. The goal of $1000 was quickly surpassed, but you can still add to the total by donating  HERE .