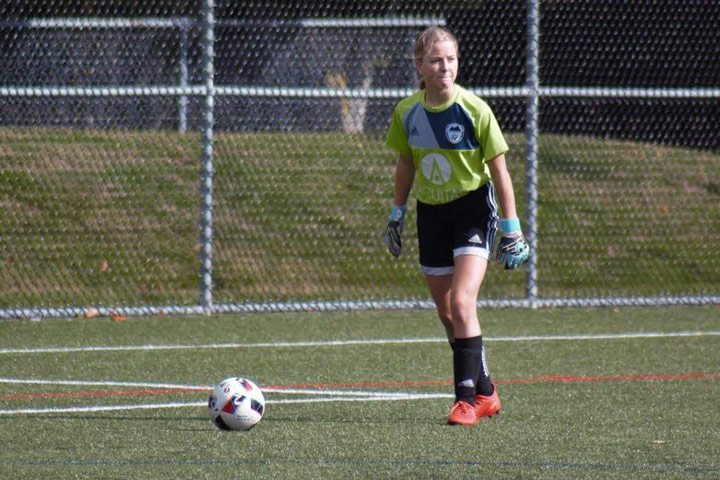 Hay is currently playing for the U18 Vancouver FC girls team in the British Columbia Coastal Soccer League, girls metro division. She has also represented Vancouver Athletic FC and played in the 2018 BC Summer Games with the Vancouver-Coastal 2003-2004 girls team.

At the high school level, Hay won city championships in 2017 and 2019 with Eric Hamber Secondary School. She was also a member of the school’s field hockey team and was named the program’s player of the year for the 2019-20 season.

“Leah has a good demeanour and personality,” said Concordia head coach Greg Sutton. “We are looking for more leadership on the team and she’s a good communicator. We also feel her technical abilities are quite something.”

Hay looked at several possibilities when selecting a university, but the chance to work with Sutton, a former goalkeeper with an impressive professional career, was a major drawing card.

“I was talking about going East for university and I researched schools, academic programs and I looked at teams. Then I saw Greg, a former MLS keeper was the coach at Concordia,” said Hay from her home in Vancouver.

“Now I’m really excited. I’ve definitely had coaches in the past who didn’t understand the goalkeeper experience. It will be good to have someone on my side in that sense.”

Hay’s sister Alyson is also a goalkeeper and she is currently a member of the Washington State University women’s soccer team.