Defender Adrien Belliard is bringing his winning ways to Concordia. 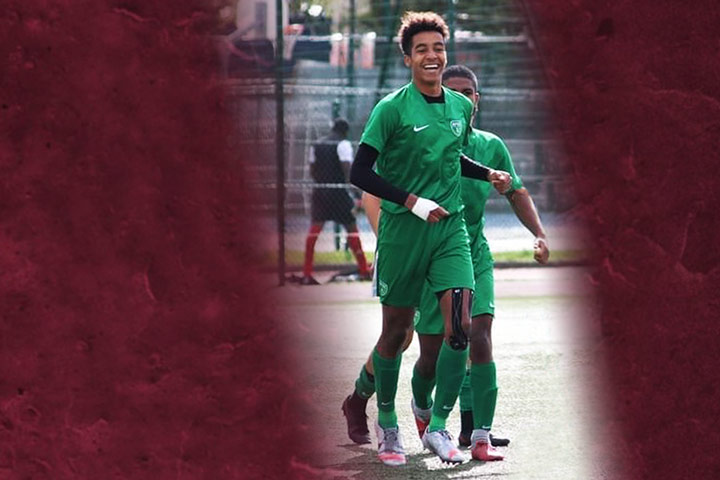 Head coach Greg Sutton is pleased to announce Adrien Belliard, a skilled defender from Paris, France, has committed to the Concordia Stingers men's soccer program and will join the team this summer.

“Adrien is someone we have been following for some time,” said Sutton of the first member of his 2021 recruiting class. “He’s a centre-back who is athletic and well positioned to make an immediate impact with his overall ability.”

He has an outstanding résumé since he has been playing soccer from a young age. He is a strong passer, has good anticipation and excels in one-on-one situations.

“I chose Concordia because of the quality of the school, the city of Montreal, where I have family, and the soccer program,” said Belliard who turns 18 in June. “After talking to coach Sutton about the ambition he has for the program and me, it felt like the perfect choice.”

Belliard has enjoyed success at several levels including with his current club, association football de la Garenne Colombes in France. Playing in Singapore, he won the JSSL Division 1 championship in 2014, the Singacup in 2015 and the Asian Cup of French schools with the Singapore French School in 2017. More recently, he won the Val de Marne league title in France with FC Gobelins (2018).

He will study in Concordia’s Political Science program.