Bianca Farella (left) and Sommer Christie will be looking for an Olympic medal in Japan. 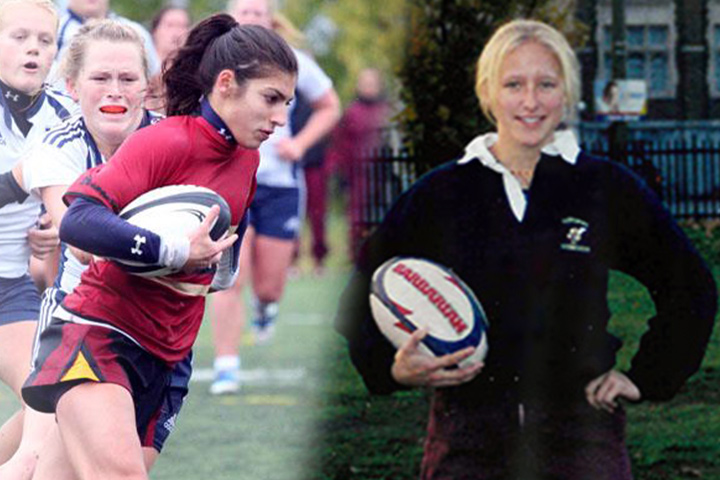 Former rugby stars packing their bags for Tokyo and the Olympics

Bianca Farella has been named to Canada’s Olympic rugby sevens team. Sommer Christie will be the mental performance consultant with the group.

Farella suited up with the Stingers in 2012. An athletic centre, she led the Quebec university women’s rugby conference in tries scored with 12. She was a RSEQ all-star and the league’s rookie of the year. The Montrealer was also the U Sports rookie of the year and an all-Canadian.

After her first university season, Farella moved to British Columbia to train with the national program and pursue her Olympic dreams. She was part of Canada’s bronze medal team at the 2016 Games in Rio.

Christie was a driving force behind the Stingers’ success for five seasons.The Wentworth, Que. native was a five-time conference all-star and its MVP in 2002. She was a three-time all-Canadian and was named the top university athlete by Women in Networking, also in 2002. She was inducted into Concordia’s Sports Hall of Fame in 2017.

A scrum half, she was a standout with Team Quebec, the captain of Canada’s U23 team and she was a member of Canada’s senior national team, competing in two World Cups and earning 13 caps.

After completing her undergraduate studies in Exercise Science at Concordia, Christie went on to earn a PhD in Sports Psychology.

The Olympic Rugby 7s competition will take place July 29-31. Twelve countries have qualified for the event. They will be divided into three pools of four teams. Canada has been placed in Pool B with will play France, Fiji and Brazil.

The top eight teams from the pools advance to the quarterfinals. The medal matches will take place July 31.