Fox made a splash in her rookie debut, while Roy earned his first career victory. 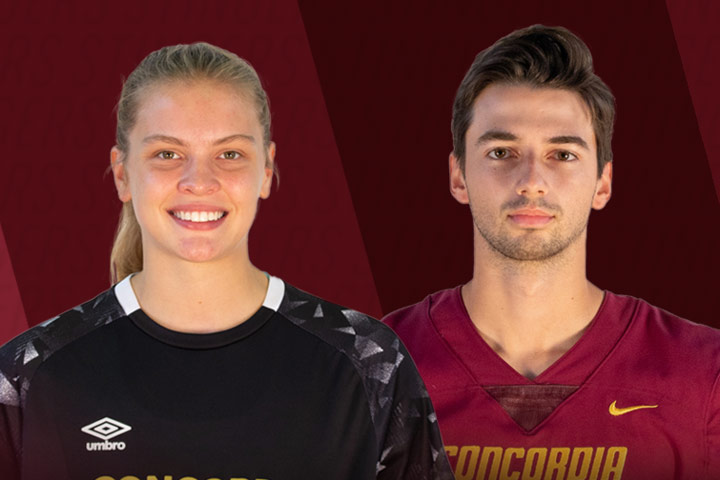 Fox, Roy - Athletes of the Week

Annastasia Fox of the women's soccer team and Olivier Roy of the football team have been named the Subway-Concordia Stingers athletes of the week for the period ending Sept. 12.

Fox, who is in her first season with the Stingers, stood out in Concordia’s 1-0 loss to the Montréal Carabins in last Friday’s season opener. The goalkeeper played 90 minutes and turned away three of four shots to help keep the Stingers in the game until the final buzzer.

A 20-year-old resident of Flushing, Mich., Fox is an International Business student at Concordia.

Roy, a third-year quarterback, led the football team to its biggest win in more than a decade last Friday night. He delivered a 31-28 victory over the defending RSEQ champion Montréal Carabins. It was the first time in 11 years that the Stingers defeated the Carabins.Roy completed 27 of 35 passes for 323 yards and four touchdowns. He also carried the ball four times for 42 yards.

His outstanding play also earned him the RSEQ’s Offensive Player of the Week award.