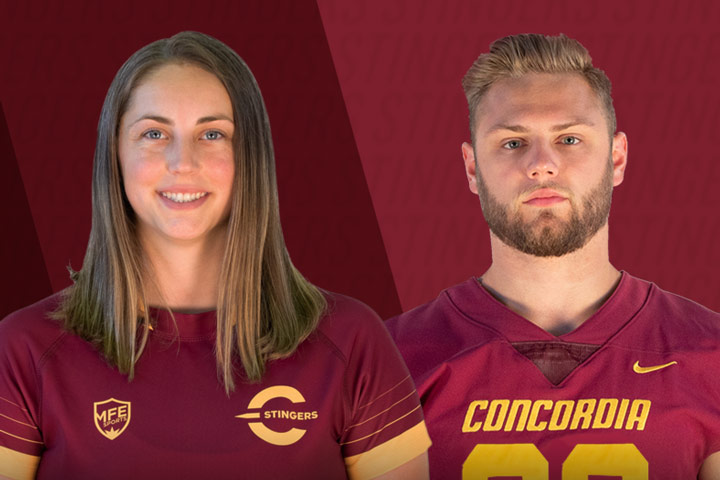 Brayton, Philion - Athletes of the Week

Shawna Brayton of the women’s rugby team and Zach Philion of the football team have been named the Subway-Concordia Stingers athletes of the week for the period ending Oct. 24.

Brayton, a fifth-year forward, played a key role in the Stingers’ tough 7-0 loss to the Carleton Ravens in the RSEQ quarter-finals last Friday night at Concordia. She was selected the game MVP.

Philion, a second-year linebacker, was instrumental in helping the Stingers deliver a dominating 31-3 victory over the McGill Redbirds on Saturday. The win clinched a playoff spot and third place in the RSEQ standings for Concordia.

He led the Stingers' defence with eight solo tackles, including a sack for a loss of 10 yards. Philion was a leader on a unit that held its opponent to 12 first downs and 224 yards of total offence.

The 22-year-old student originally from Buffalo, N.Y. is studying Human Relations at Concordia.