Ambre Mah-Fifi (left) and Leanne Duncan were recognized by the RSEQ for their strong play. 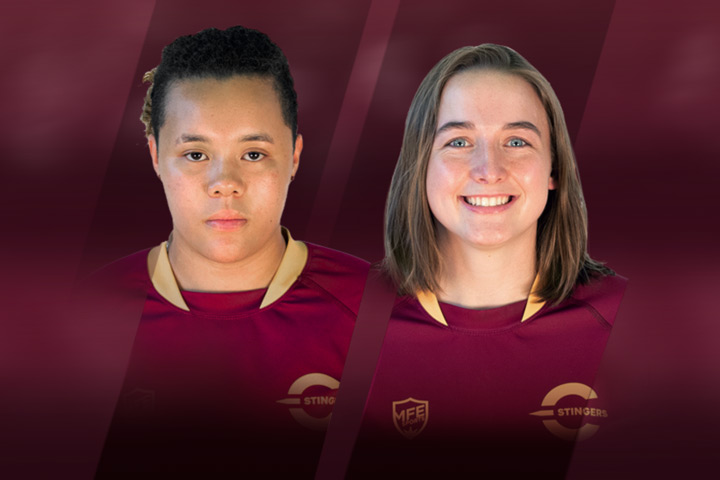 Lock Ambre Mah-Fifi and centre Leanne Duncan were named to the honour roll. It’s the first all-star recognition for both players.

Mah-Fifi, a third-year Film Studies student from Calgary, played five games in the regular season and scored one try.

The players were instrumental in helping the Stingers finish third in the RSEQ A division. Concordia has a 1-1 win-loss record in the playoffs and hosts its final game of the 2021 season on Saturday at noon when the Bishop’s Gaiters will battle the Stingers in the league’s consolation final.