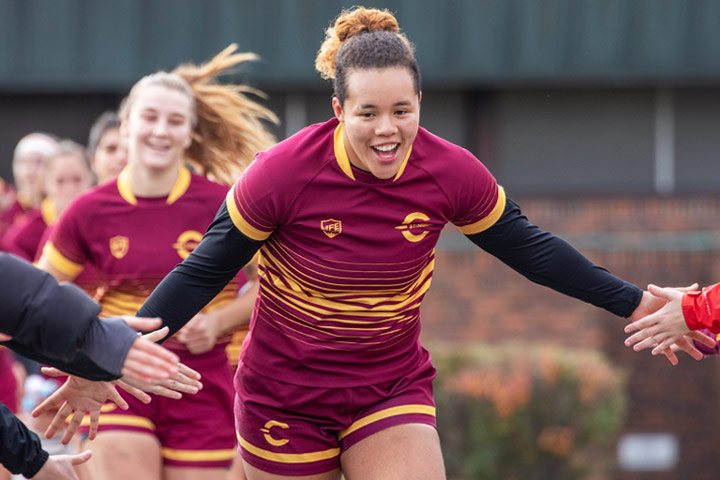 Concordia Stinger forward Ambre Mah-Fifi was named to the women's rugby first all-Canadian team at a U Sports gala in Kingston, Ont. on Thursday night.

Mah-Fifi, a third-year Film Animation student from Calgary, played five games in the regular season and scored one try.

"Her skills stood out in every game she played this season," said Concordia head coach Jocelyn Barrieau. "She is everything that you want in a second row player; a vey strong ball carrier and a great one-on-one tackler.

"She would have an immediate impact on any team that she played for and that is why she makes a great all-Canadian."

A team captain and veteran, Mah-Fifi was a strong leader with the Stingers. She helped propel Concordia through a highly-competitive season in the RSEQ’s A Division and to victory in the consolation final of the playoffs.