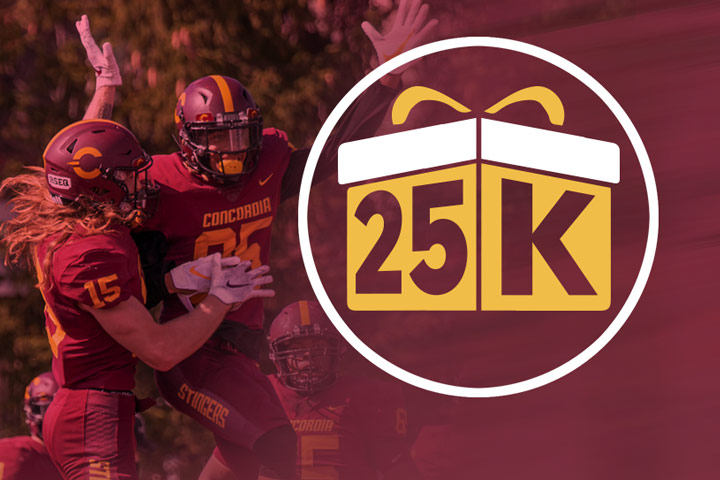 Head coach Brad Collinson is pleased to announce the Concordia Stingers football team has received a Giving Tuesday donation of $25,000 from Bob Beriault, a former star player at Loyola College.

“Bob has been a generous supporter of our program and everyone on our team is deeply appreciative of this new gift,” said Collinson. “It will help us move the program forward and help our players get the most out of their experience here as student-athletes.

“Obviously Bob has fond memories of the time he spent at Loyola and the people he met there. I hope our athletes learn from him and leave Concordia with the same appreciation of their time here.”

Beriault has a long association with the Loyola tradition; first at the high school where he played hockey and football and then at the college.

He was an all-star guard with the Loyola’s 1972 Quebec University Athletic Association championship team. He was named to the Central Canada Intercollegiate Football Conference all-star team as a linebacker in 1970.

Beriault graduated with a Bachelor of Commerce in 1973. He eventually moved to Denver, Colorado where he still resides and is the Chairman and CEO of the Lincoln Trust Company.

This large gift gives the football program a big boost heading into Giving Tuesday on Nov. 30. Collinson has set $100,000 as the fundraising goal for his team’s campaign.