Rachel (left) and Devon will continue their soccer careers in Montreal with the Stingers. 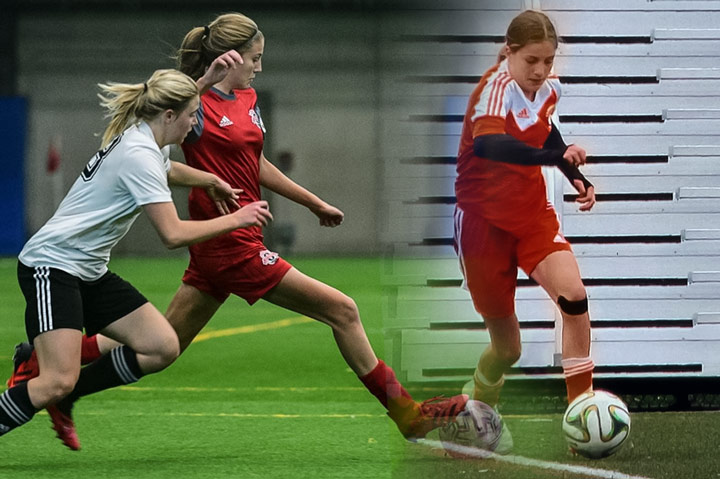 “I am excited about the addition of Devon and Rachel to our team,” Sutton said. “They are extremely athletic and talented players that can play multiple positions giving us great versatility going forward. They have a great track record of success which we know will carry forward into their university careers.”

Devon and Rachel are twins who have developed their skills in the nation’s capital. They have enjoyed great success with Ottawa TFC in the U17 Ontario Player Development League (OPDL). They recently wrapped up their regular season with a 14-0-1 win-loss-tie record. Their team won two playoff games, including the Gary Miller Charity Shield final with a 3-1 victory over Markham SC in November.

Devon, a midfielder, and Rachel, a fullback, were also part of an Ottawa TFC team that represented Ontario and won a U17 national championship in October of 2019. They won Canada Soccer’s Toyota nationals with a 2-1 victory over Quebec (Lakeshore).

The talented 2022 commits will join the Stingers in training camp this summer.

Keep up to date with the Stingers’ recruiting announcements HERE