Isiah Campbell was one of the leading scorers on the Stingers this season. 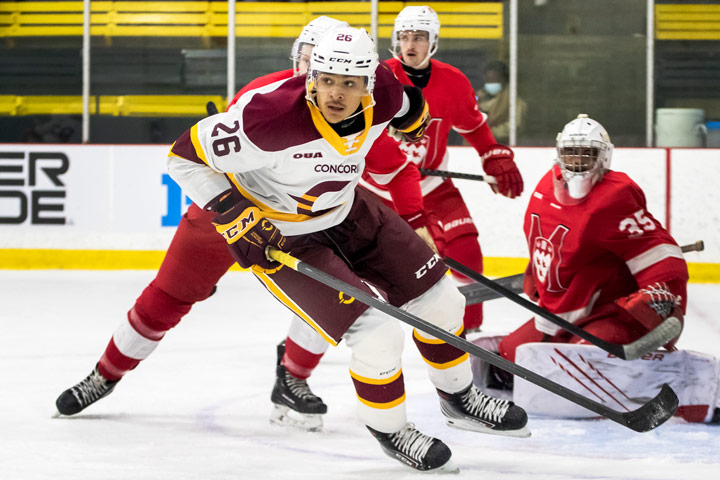 He played all 15 conference games with the Stingers, picking up seven goals and eight assists for 15 points. He is in a three-tie with veterans Tyler Hylland and Alex Katerinakis for the team scoring lead.

Campbell, 6-4, 210 pounds, came to the Stingers after a stellar career in the Quebec Major Junior Hockey League, most recently with the Shawinigan Cataractes and the Drummondville Voltigeurs.

A resident of Pierrefonds, Que., he played his minor hockey with Lac St. Louis.