Madeleine McKenzie will join head coach Greg Sutton on the sidelines this fall. 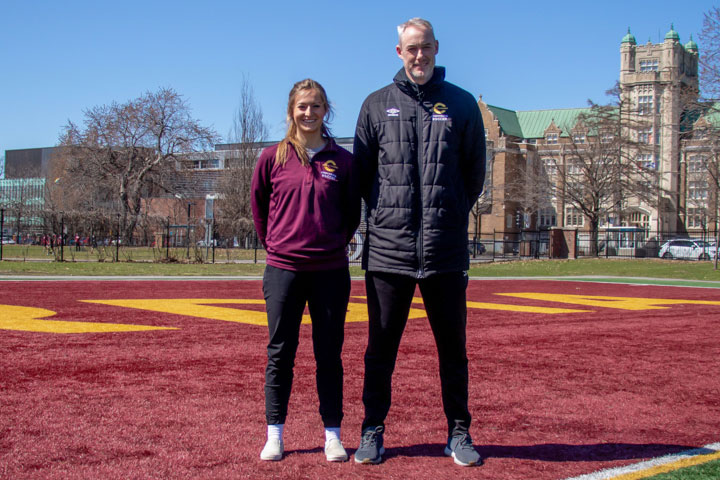 From captain to coach: Madeleine McKenzie takes on new role

McKenzie was a highly respected midfielder with the Stingers for the last six years, including the season cancelled due the pandemic. She graduated with distinction in May of 2021 with a B.Sc. Specialization in Cell and Molecular Biology. Last fall, she returned to study Exercise Science and play her final year with the Stingers.

“Maddy is what we hope our athletes become,” said Sutton. ‘She’s a great student, she’s a great player and she makes sacrifices for the good of the team.

“I feel she’s going to be a strong addition to the staff. She’s going to help a lot, especially with the young players coming in and making the adjustment to university soccer and university life. She very knowledgeable in those areas.”

McKenzie is a four-time U Sports academic all-Canadian. She has received several honours for leadership, including the RSEQ Leadership and Community Engagement Award in 2020. She has done a lot of volunteer work, leading her team in fundraising initiatives for the Montreal Children’s Hospital where she also volunteers. As well, she gives her time to Big Brothers and Big Sisters.

Now the former team captain will step into a different leadership role.

“I care a lot about this team and I want it to be successful, so I’m glad I can stay involved,” said McKenzie. “I have a good relationship with the team. I’ve been here so long I have a good understanding of how things work. I think I will be a good intermediary between the players and the coaches.”