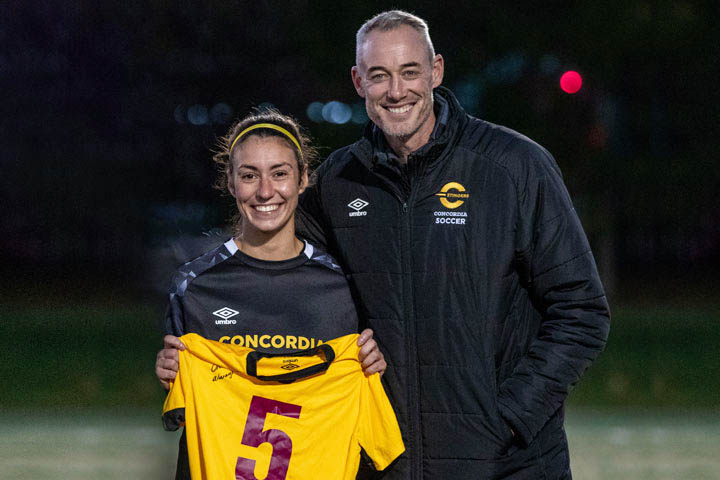 Head coach Greg Sutton is pleased to announce Chloe Ricciardi, a former captain with the Concordia women's soccer team, has accepted an assistant coaching position with the Stingers program.

“I’m really excited to add another strong voice to our locker room and training ground,” said Sutton. “Chloe was a strong leader on and off the field with us. Now that she is a coach, I expect those similar messages to resonate through our team.”

Originally from Kirkland, Que., Ricciardi was a standout with the Lakeshore Soccer Club. She played her Cégep soccer at John Abbott College where she was the 2014 RSEQ MVP and a Canadian Collegiate Athletic Association all-Canadian.

She went on to play NCAA Division 1 soccer at University of Detroit Mercy. She played 28 games in her career with the Titans and was named to the Athletic Director’s Honour Roll four times. She graduated with a Bachelor degree in Social Work in 2019.

“As a former member of the women’s team and still currently playing competitive soccer, I believe I can contribute a different viewpoint and be able to support the team,” said Ricciardi.