Rugby dominates the week with two massive victories for the Concordia Stingers. 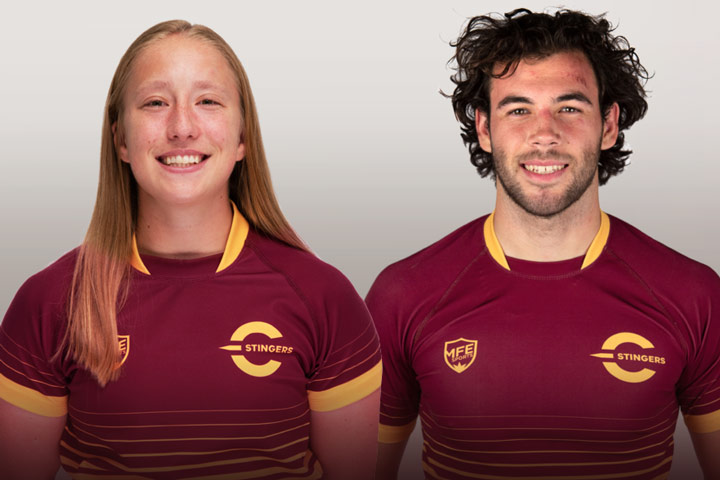 Mahalia Robinson of the women's rugby team and Thomas Artmann of the men's rugby program have been named the Concordia Stingers athletes of the week for the period ending Sept. 25, 2022.

Robinson, a third-year back, played a significant role in Concordia’s 55-3 victory over the McGill Martlets in the 18th annual Kelly-Anne Drummond Cup on Sunday. With two tries and five converts, she accounted for 20 points. She was named the game MVP.

Artmann, a formidable No. 8, was instrumental in helping the Stingers secure a 24-17 win over the McGill Redbirds in the 3rd annual Dave Hardy Cup. His exceptional play gave Concordia great momentum and placed his team in a good position several times. He was selected the player of the game.

The 21-year-old student-athlete from the Montreal West is in Mechanical Engineering at Concordia.