You can count on these two Stinger stars for leadership when the chips are down. 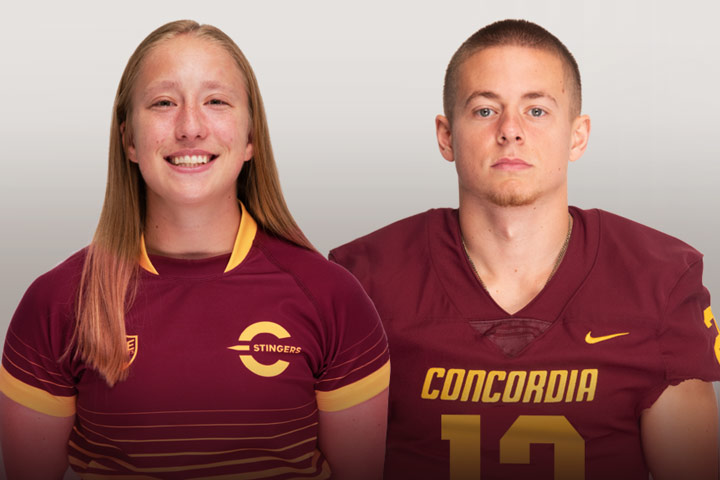 Mahalia Robinson of the women's rugby team and Jacob Salvail of the football team have been named the Concordia Stingers athletes of the week for the period ending Oct. 23, 2022.

Robinson, a third-year back, played a significant role in Concordia’s 23-15 victory over the Montréal Carabins in the RSEQ consolation semifinal on Saturday. She kicked 13 points, and her tackle count, turnover rate and leadership were on display for the full 80 minutes.

Salvail, a veteran slotback and team captain, returned to the Concordia lineup after missing three games due to injury and had an immediate impact on the team’s fortunes. He caught 12 passes for 141 yards and scored the winning touchdown in overtime to help Concordia defeat the McGill Redbirds 37-30 in the Shaughnessy Cup on Friday night.

The 24-year-old student-athlete from Quebec City is in the Recreation and Leisure Studies program at Concordia.