Stingers Emmy Fecteau and Andrew Davis are off to Lake Placid, N.Y. 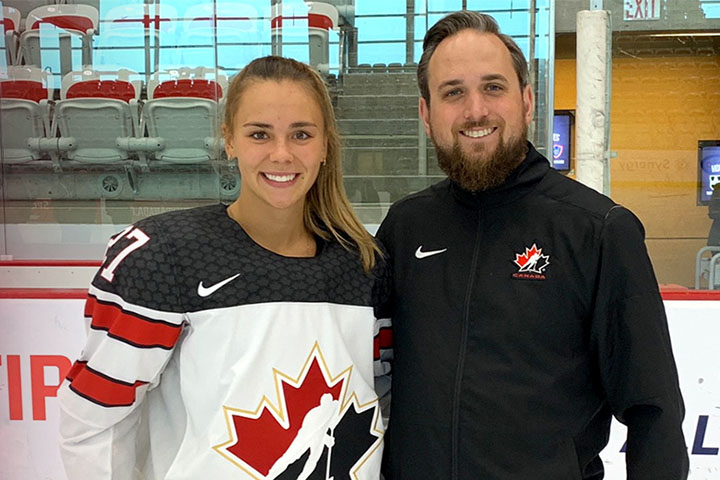 Twenty-three players were selected for the prestigious series.

The 20-year-old student-athlete from St. Odilon, Que. was the captain of the powerhouse Limoilou Titans in the RSEQ collegiate league. With the Titans she won RSEQ championships in 2017, 2018 and 2019.

"Emmy is a top Cégep player whose offensive abilities make her a threat every time she is on the ice,” said Concordia head coach Julie Chu.

Joining Fecteau in Lake Placid is Andrew Davis, the Stingers’ equipment manager who will take on the same responsibilities with the national development team.