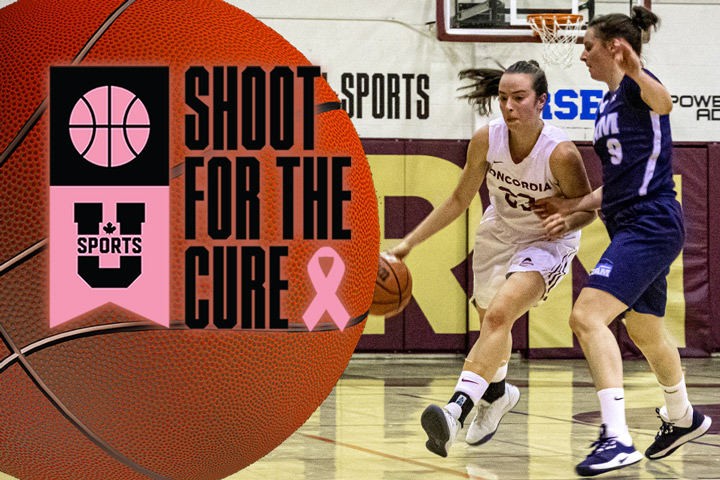 Stingers host UQAM in Shoot for the Cure game

The Concordia Stingers women's basketball team will host its annual Shoot for the Cure game Saturday afternoon when the UQAM Citadins will be the visitors.

The popular game is a Signature Series event for the Stingers. It’s a fast-paced, exciting competition, and it gives people the chance to celebrate the strength and resiliency of the women in their lives.

Donations will be collected for the Quebec Breast Cancer Foundation. All U SPORTS basketball schools hold an annual event to help raise awareness and funds.

The Shoot for the Cure campaign began in 2007 and so far more than $1.3 million has been raised by the university programs across the country. A cheque representing the commitment of all 48 women’s university basketball programs in Canada will be presented during the gold medal game of the 2020 U SPORTS Final 8 Basketball Championships in Ottawa.

This is the first chance to see Concordia at home in the new year. The Stingers defeated the Citadins on 90-85 on Nov. 8 and 73-61 on Nov. 30 in a couple of high scoring, exciting games.