These two Stingers were on top of their games to start the new year. 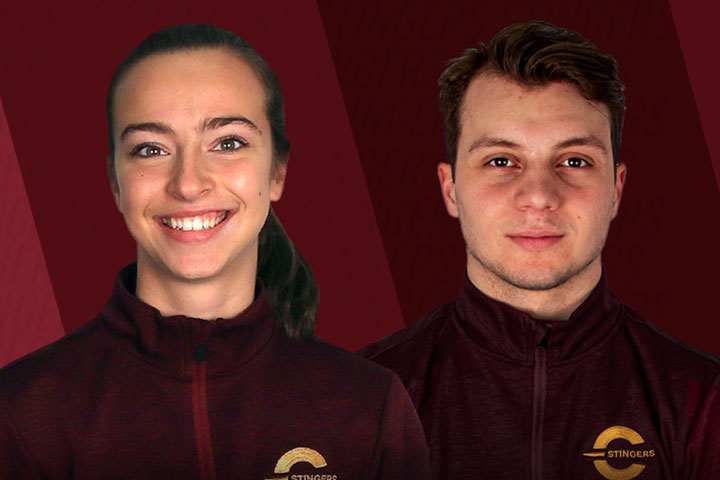 Leclerc, Jessiman - Athletes of the Week

Myriam Leclerc of the women's basketball team and Kyle Jessiman of the men's hockey team have been named the Subway-Concordia Stingers athletes of the week for the period ending Jan. 12.

Leclerc, a second-year point guard, stood out in her team’s two games last week. She had 10 points, four assists and four steals in a tough 65-47 loss to the UQAM Citadins last Wednesday. Three days later she guided the Stingers to a 71-54 victory in the rematch. She had six points and 11 assists in the win.

Jessiman, a first-year goaltender, helped Concordia pick up two points against top-ranked teams last week. He turned away 34 of 37 shots in a 3-2 overtime loss to McGill University last Friday. The next day he helped the Stingers pick up another point in overtime. He stopped 32 of 36 shots in a 4-3 loss to the No. 3-ranked Carleton Ravens.

The 21-year-old student from Châteauguay, Que. is pursuing a Certificate of Arts and Science at Concordia.