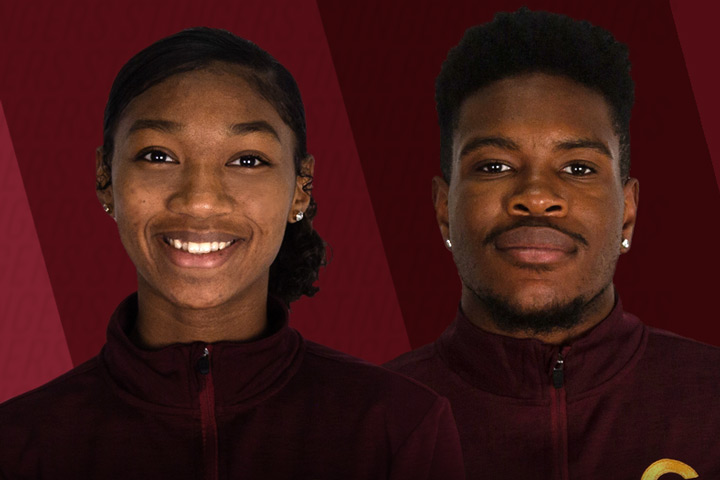 Owusu, Nwoko - Athletes of the Week

Owusu, second-year guard, stood out in her team’s two games last week. In Saturday’s tough 68-60 loss at home to the No. 6-ranked Laval Rouge et Or, she scored 13 points and added nine rebounds. Two days earlier, the talented student-athlete scored 15 points and hauled in 10 rebounds for the double-double in a 66-51 win over the Rouge et Or on their home court.

A 21-year-old native of Montreal, Owusu is in the Child Studies program at Concordia.

Nwoko, a third-year guard with the Stingers, was exceptional in a two-game sweep of the Laval Rouge et Or last week. He scored 21 points and grabbed nine rebounds in a 90-59 in Quebec City last Thursday. Two nights later he collected another 12 points and six rebounds to help Concordia secure an 86-81 victory at home.

The 21-year-old student from Mississauga, Ont. is majoring in Sociology at the university.