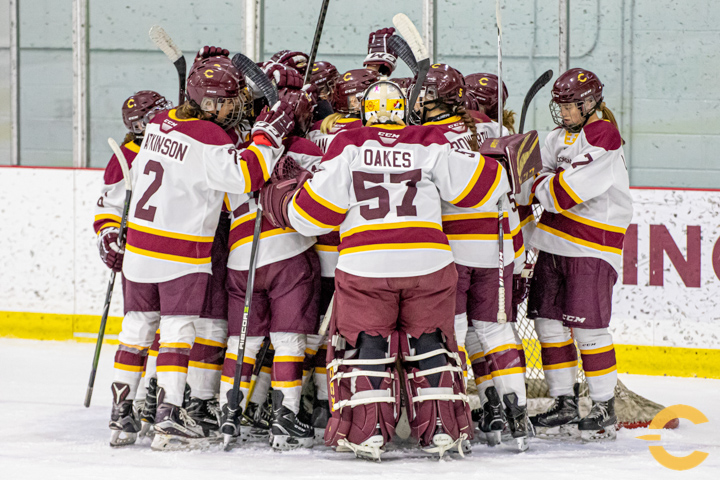 Stingers Women's Hockey: Stepping up for the future of their game

The future of women's hockey is in good hands.When Hockey Canada, the national governing body of ice hockey, put together an initiative to get more women involved in the game, there was overwhelming support from the Concordia Stingers.

Eighteen current women’s hockey players and seven recent graduates signed up and took coaching certification courses from the Hockey Canada Pond to Podium development series at the end of January.

“I am so proud that so many of our Concordia women’s hockey players and alumni have taken advantage of the opportunity given by Hockey Canada to complete their coaching certifications,” said Stingers head coach Caroline Ouellette. “They are the future of the game and that future is extremely bright with the leaders and role models they will become for the future generation of hockey players.”

Hockey Canada wants more women to get involved for a variety of reasons, including to create a positive and dynamic environment for young players and to have role models that make a difference in the lives of others.