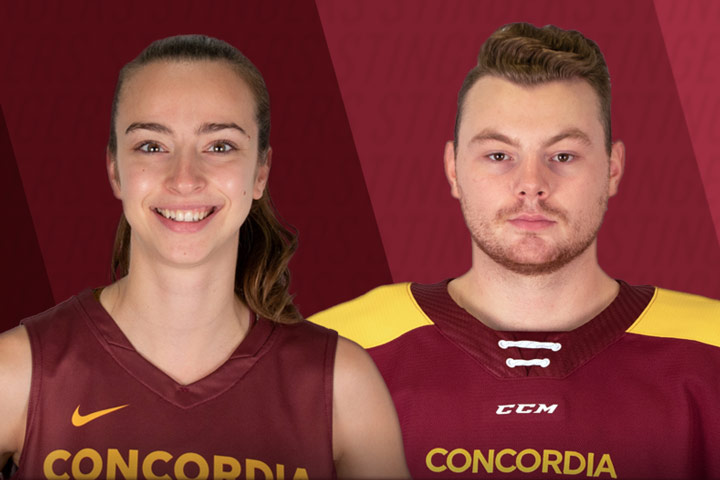 Leclerc, Aucoin - Athletes of the Week

Myriam Leclerc of the women's basketball team and Yan Aucoin of the men's hockey team have been named the Subway-Concordia Stingers athletes of the week for the period ending March 13, 2022.

Leclerc, a third-year guard, recently surpassed the 1,000-point mark as a member of the Stingers. She’s played 64 games over three seasons accumulating 1010 points for an impressive average of 15.8 points a game.

A 24-year-old resident of St. Roch de Richelieu, Que., Leclerc is an Accounting major in the John Molson School of Business.

Aucoin, a rookie defenceman, was instrumental in helping the Stingers defeat the Carleton Ravens 5-1 in the last regular season game of the year. He scored the game-winning goal and added an assist in the game.